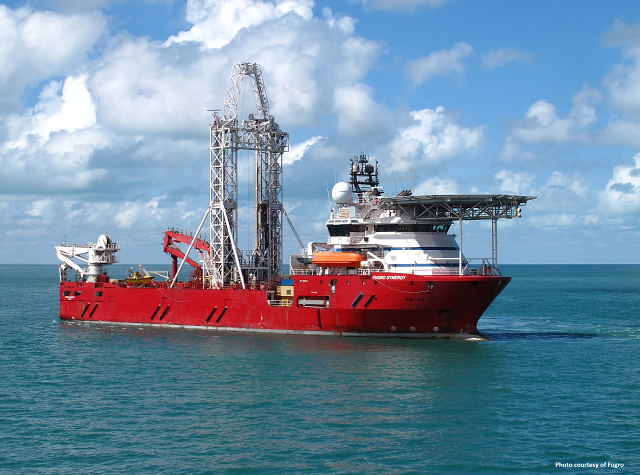 Ailes Marines (Saint-Brieuc, 40 employees) is carrying out the project for the construction and operation of the Saint-Brieuc bay wind farm and has just obtained administrative authorisations for the concession to use the maritime public domain, single authorisation for works installations and activities, as well as the approval of the private works project. The infrastructure is scheduled to enter service in 2020.

These authorisations reinforce the risk-taking carried out over the last 5 years and the investments of €50 million made by self-financing. Ailes Marines can finalise the technical studies and define the development scenario of the Saint-Quay Portrieux maintenance port. After conducting a “UXO” (UneXploded Ordnance) campaign in May to identify and deal with possible historical explosive devices on the seabed, the consortium commissioned the Fugro Group to carry out a complete geotechnical campaign on the perimeter of the future field which will be completed in September.

Ailes Marines was born from a JV owned by Spanish Iberdrola and Avel Vor (Res at 75% and Caisse des Dépôts at 25%). The partners invested €2.5 billion. If all goes well (no appeal takes place), the installation work at sea can start in the 2nd semester of 2018, over a two year period. Its operation is planned until 2040 before its dismantling and rehabilitation of the site. Wind turbines should produce 1,850 GWh/year, which is the annual electricity consumption of approximately 850,000 inhabitants.

The wind turbines will be built in Le Havre by Adwen and the electrical substation and jacket foundations, in Brest, the only Breton port capable of receiving an ​​area for the manufacture and storage of these elements. Monitoring of electrical production will be carried out by Ailes Marines and fleet maintenance by Adwen, a project that is expected to mobilise 2,000 direct jobs.