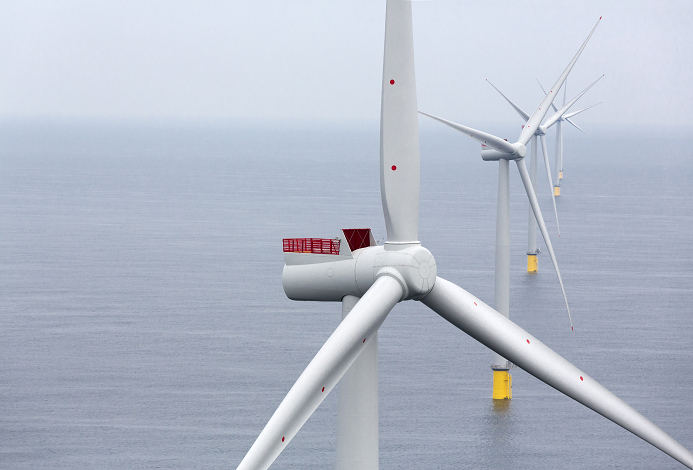 President Macron has chosen the Côtes d’Armor to confirm national support for the MRE sector, excellent news for Emmanuel Rollin, director of Ailes Marines, in charge of the wind project in the bay of Saint-Brieuc. This was by no means a foregone conclusion, as Emmanuel Rollin acknowledges: “In the spring, following a surprise amendment that hit like a sledgehammer, the state inflicted great pressure with a threat to cancel the project if we did not find ways together to lower the repurchase price of the electricity generated“.

In order to reduce the feed-in tariff by 30% and the subsidies for the six projects by 15 billion, the State negotiated separately with the three project holders: EDF (3 parks off Fécamp, Saint-Nazaire and Courseulles-sur-Mer), Engie (2 parks at Tréport and Noirmoutiers), and Ailes Marines. Emmanuel Rollin remains discreet on the agreement found for Saint-Brieuc as long as no official communication has been given. However, he assures that there has been no “change made to the characteristics of the project, to the industrial plan and the jobs, to the schedules“.

The Saint-Brieuc bay project remains the same as before: 62 Siemens-Gamesa 8 MW wind turbines manufactured in Le Havre, foundations built in Brest, with construction starting in early 2021 for commissioning of the park in 2023. Three appeals are still active on the project but Ailes Marines estimates that they will be purged in 2019. Offshore geotechnical surveys are almost complete (6 drillings out of 43 remain to be done) and according to Bertrand Guidez, development manager, “they went well with good relations at sea with the fishermen.” Ailes Marines also fully wish to associate themselves with the scientific campaigns on the halieutic resource.