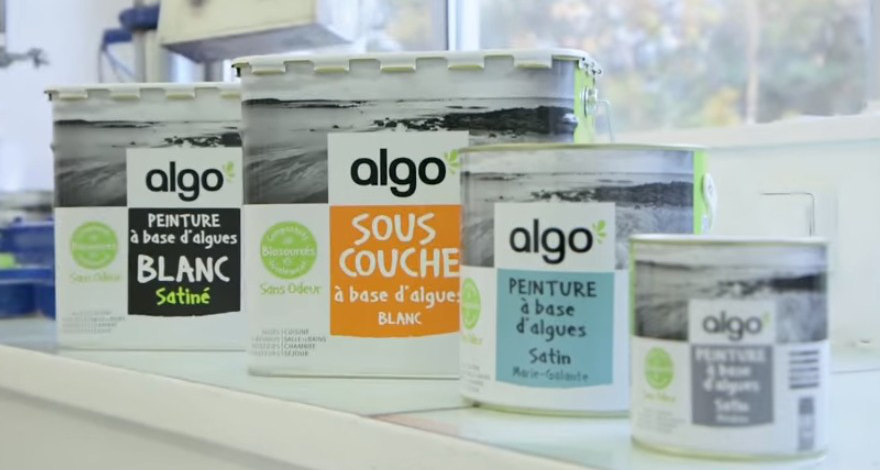 Algo Paint (Vern sur Seiche) has launched the first seaweed based organic paint. Algo was created in 2008 when Lionel Bouillon (CEO) took over the family company Félor and was looking for an idea to stand out from the competition and major groups. He was convinced that a “paint not derived from petrochemicals, was the future” and considered seaweed.

The first reality check was in 2012, the process was then patented. Red seaweed and kelp give the paint its smoothness, ease of application and high covering power for a 98% plant-based product that emits concentrations in the air that are 10 times less than those of oil-based paint standards.

Hospitals, local authorities or major companies have been won over, such as the headquarters of Delta Dore, the Henessy cellar of the LVMH group or Rennes métropole to renew its crèches. The M. Bricolage brand became aware of the paint and it is now distributed at Leroy Merlin, Théolaur and Biocoop outlets.

Algo has received many awards since its launch. As part of the COP23, last December, it received the My positive impact trophy (foundation for nature and humans). Already operating in Switzerland, Belgium and the Netherlands, the Algo paint wants to conquer the Scandinavian market, and why not the rest of the world too! Its ambition is to become the benchmark of organic paint within five years.