Skip to content
Homepage > News > BioMap 2016: Bretagne is in the winners’ circle of biotech regions! 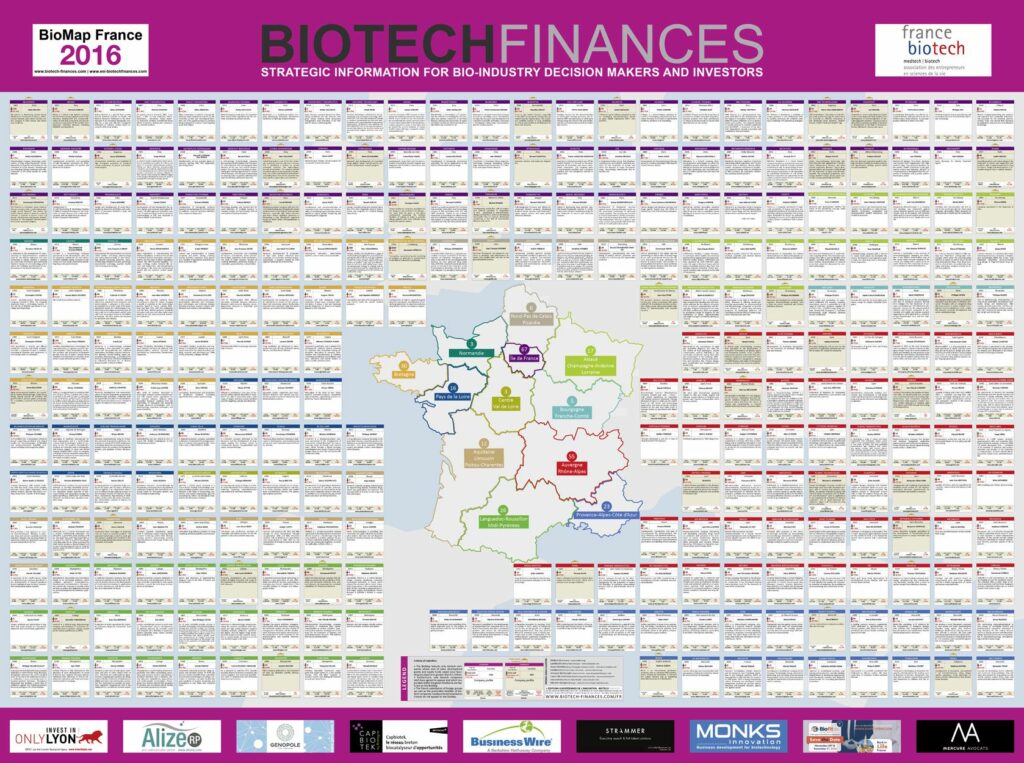 Bretagne is holding its third place on the honours board of biotech regions with thirty companies, including four extra ones, thus rising above the new super-regions created under the territorial reforms. A result made possible by the resources and skills in Bretagne, corporate vitality, an efficient network and support from local partners. The region has two major advantages: its marine resources and the by-products from agriculture and the agri-food industry. Reference mapping for the life science players and operators internationally, the BioMap lists the living forces of the French bio-industry. Biotech Finances has just published the 2016 edition. This is based on several criteria that are mandatory for businesses: having their head office in France and developing their own R&D in Bretagne, holding a proprietary technology, reporting a turnover for the current year + grants and fund raising (from the origin) of over €1M and agreeing to its data being broadcast by Biotech Finances. The thirty businesses: Algues et Mer, Agrimer, Agrival, BCF Life Sciences, bioMérieux, Bretagne-Plants, Codif international, C.Ris Pharma, Diafir, Biopredic, Bioprojet biotech, Biotechmarine, Biotrial, BIO3G, Effinov nutrition, Eurosafe, Goëmar, Hemarina, HTL, Javenech, Kelia, ManRos Therapeutics, NG Biotech, Olmix, Polaris, Polymaris Biotechnology, Soliance, YsLab
Source : Portail de l’innovation – 08/01/2016 | EEI Biotechfinances
Photo credit: eei-biotechfinances.com
For further information, contact us at fdi@bretagnecommerceinternational.com