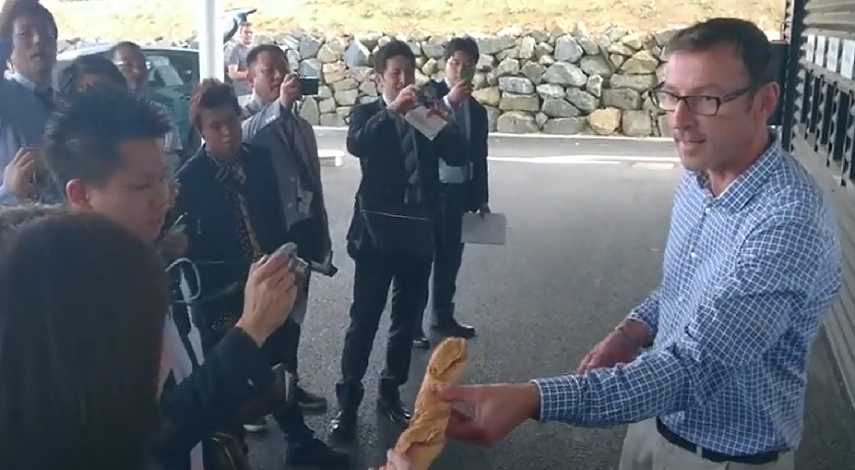 Some twenty Japanese logistics engineers have visited a Leclerc Drive-through at La Mézière. Something quite new for the Japanese who are more accustomed to home deliveries.

Amazon and Ikea in Berlin and Metz. Then C-Log and Leclerc Drive-through at Pleudihen-sur-Rance (22) and La Mézière (35). The study trip for some twenty Japanese logistics engineers in early September was varied to say the least. But make no mistake, these one-day Japanese visitors were made aware of the Swedish and American logistics models as much as the Bretagne example. And especially the drive-through, as seen at Leclerc. “They are not familiar with the drive-through concept as they operate a home delivery system in Japan”, explains Nathalie Liehoun, Foreign Investment Project Office at Bretagne Commerce International (BCI), the Region’s strong arm for export and organiser of this visit to Ille-et-Vilaine.

We should like to extend this to Japan”
“There is no drive-through like this in Japan”, confirms Masaru Wasami, Chairman of AZ-Com, a haulier group. “The store Ito-Yokado opened the first drive-through in Tokyo last year. Today, it records between 1,200 and 1,500 orders a day.”
In a very built-up archipelago, the drive-through as found in France is difficult to duplicate. “Conversely, it could work in sectors that are slightly isolated. “We should like to expand this to Japan”, continues Masaru Wasami. The drop in the birth rate seen in the past few years in the land of the rising sun could also encourage this model of shopping ordered on the Internet. 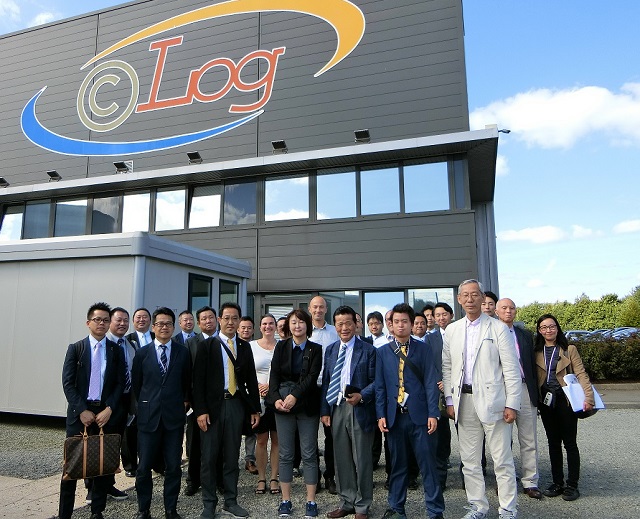 “There are fewer and fewer lorry drivers and the drive-through system, which encourages the customers to come and collect their shopping, would respond to this drop”, continues the haulier.
Slightly earlier in its day in Bretagne, the Japanese delegation also visited C-Log, the logistics subsidiary of the Beaumanoir textile group. The expertise of the Bretagne group in RFID technologies (contactless) also appears to have been of great interest to the visitors.
A lightning visit to Ille-et-Vilaine which will consolidate relations between Bretagne and Japan. “That is also part of our mission”, underlines Nathalie Liehoun from BCI.