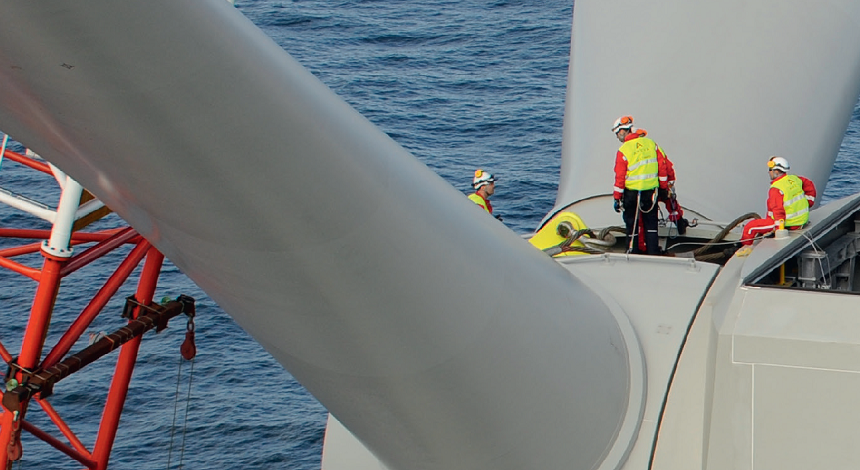 Bretagne states its ambitions for 2030 and defines its objectives for the 2016-2022 period. The region aims to become a major player in the marine energy sector and a European leader in floating wind turbines by mobilising economic actors and industrial skills, as well as energy solution research for the Breton islands and non-interconnected zones.

According to a study conducted in collaboration with Bretagne Innovation Development, Bretagne has many strengths.

The offshore wind project off the coast of Saint-Brieuc (500 MW), included in the 2nd national invitation to tender, must be commissioned between 2020 and 2022 by the Ailes marines consortium. An emerging sector, wave energy potential is also important in Southern Bretagne: 7 potential tidal areas have been identified: Raz de Sein, Fromveur, Four, Batz island, the Seven Islands, the island of Bréhat and the Emerald Coast. Sites at Fromveur and Bréhat were designated as priorities for the establishment of commercial turbine farms of 250 MW each in 2030, for an overall long-term potential of 1.4 GW. For offshore floating wind turbines, a potential capacity of 67 GW has been identified off the coast of Bretagne for a total area of 11, 300 km2. Two broad areas are identified for the implementation of commercial floating wind farms in Bretagne (in both northern and southern Bretagne). A total of 3 GW of power is possible for the two consultation areas which are to be more precisely defined. Three commercial 500 MW floating wind farms will be considered in 2030 for an aggregate capacity of 1.5 GW.

To achieve these objectives, the Region will therefore identify the quality and quantity of resources, facilitate access and support operational projects while integrating financial and economic aspects of the sector and the companies operating in Bretagne.