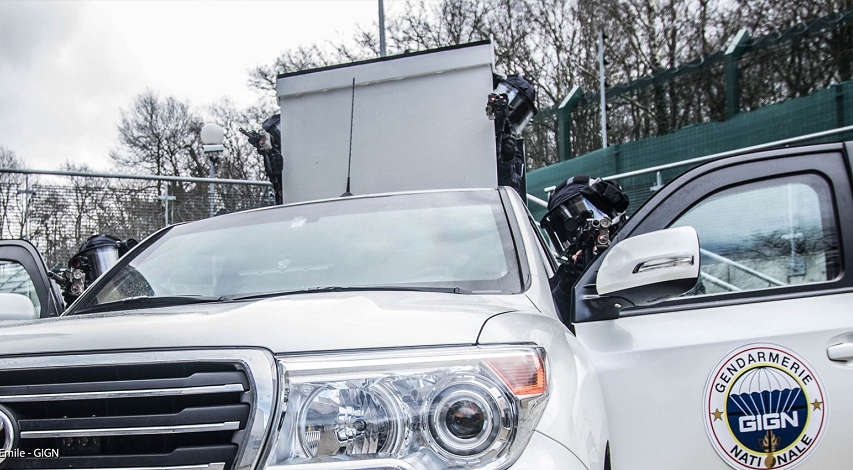 The car armour specialist Centigon (Lamballe, 160 employees, bought by the Chinese Dongfeng in 2015) delivered a dozen Fortress Intervention models to the GIGN and its 6 branches. This armoured 4×4 is for special forces and intervention units specialised in counter-terrorism and law enforcement operations in Europe and in external operations. It is sized for a 6-man intervention team and offers military-grade armour, which can withstand assault rifles and explosions. It is also equipped with safety systems including a large hatchback flap, run flats (limited sag), and can ride with a punctured tire.

In five years, Centigon has become the market leader in Europe, Africa and the Middle East, delivering more than a thousand civilian, military and cash transport armoured vehicles.