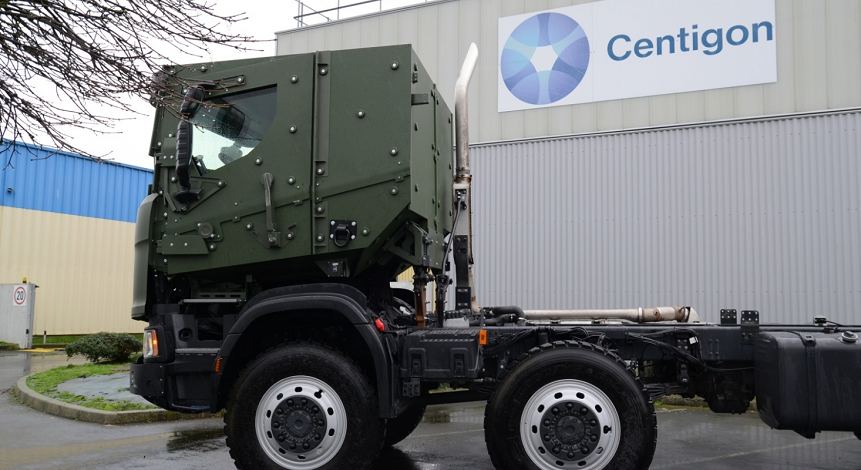 Centigon France (Lamballe, 170 employees, turnover: €25 million, Centigon Security Group), French armouring specialist, has just won a contract with Scania to armour 185 vehicle cabs for the Dutch army. An option has been taken out for an additional 400 trucks. The contract includes cab logistics, maintenance and repair services, and should enable Centigon France to exceed €30 million in turnover. The prototyping and certification phase is currently in progress, with initial production to take place in 2020. New jobs should be created as orders increase.

The company is increasingly well positioned in defence markets. Indeed, its initial market was armouring for funds transport, a greatly reduced sector since Europeans favour purchases using bank cards. Centigon France has always been close to French administrations. For example, it delivered 10 armoured vehicles to the GIGN (French Armed Forces special operations unit) in 2017. The company now provides armouring for lasers and optronics equipment on military or surveillance machines.

Centigon France is part of the Dongfeng group, which has plants, besides the one in Lamballe, in Bogota, Caracas and Mexico.