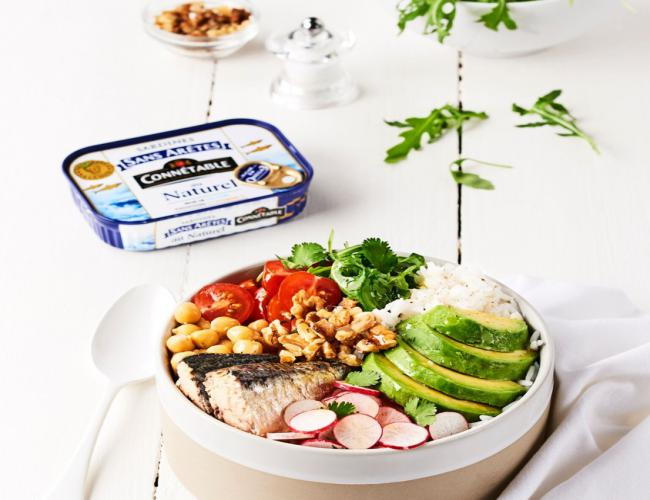 Despite the canned fish market being on a slight downturn (-1% in 2016), Chancerelle (Douarnenez) produces 150 million cans every year by processing 135,000 tonnes of fish for its brands Connétable (premium, major retail outlets and export), Phare d’Eckmühl (organic network in France, Germany and Belgium) and Pointe de Penmarc’h (specialist stores and mail order) and can boast 34% market shares.

The canning plant shows a growing turnover of €142M, a figure that has doubled over 2009, thanks to nearly €16M invested in its production system in eight years. The work force has increased by 73% over the same period and now stands at 550 employees in France. In 2016 alone, some 50 people were hired and more are being recruited.

Banking on innovation that grows the turnover by 4 to 6% every year, the company has invested in four new laboratories since last year. But although the canning plant identifies strongly with its installation at Douarnenez, where it was born 164 years ago and where it bought out Cobreco in 2013, its exports, which now account for 17% of its business, are proving to be a significant growth lever for Chancerelle.

A performance made possible by its Agadir plant where it achieves 46% of its total production with 1,300 employees. In total, 70% of the Moroccan production is intended for export, mainly own brands in French-speaking Africa, North America and the United States.

Another growth lever: eco-responsible canned fish carrying the MSC (Marine Steward Council) label. In 2008, the Chancerelle canning plant was the first to market a range of canned goods under this sustainable fishing label. Intuition served it well: today it markets thirty or so with sales catapulting by 20% since 2016.