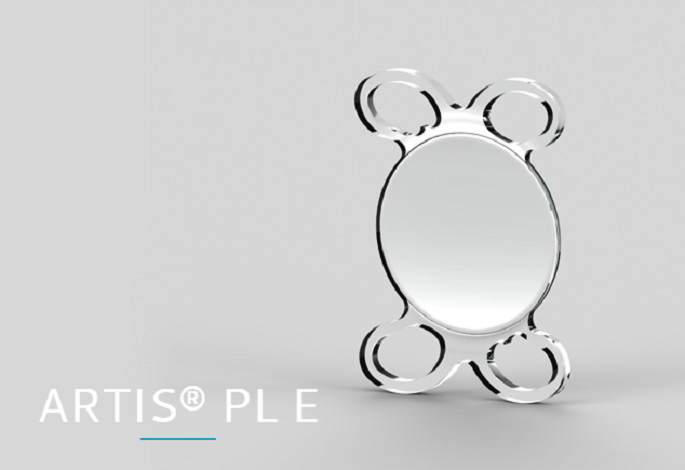 Cristalens Industrie (Cristalens group, Lannion, 60 employees, turnover 2016: €7 M) is a global reference in ocular implants to treat cataracts, the leading cause of blindness in the world affecting 18 million people.

In 1994, A. Brocq founded Cristalens Distribution, an intraocular lense trading entity. In 2006, he added production so as to control the value chain. To stand out in a competitive market, the group decided to move into hydrophobic implants which are easier to apply during surgery and which present less risk of secondary cataracts developing. In 2009, Cristalens took over its Strasbourg based raw materials supplier, now called Cristablank, with the aim of gaining greater independence and responsiveness.

With 55% of its volumes exported, this SME wants to pursue international growth, especially in China and Russia, by leveraging the Made in France aspect. French expertise in the health sector is indeed considered as being trustworthy and of very high quality. Cristalens Industries is continuing with its R&D to offer an even greater larger number of Premium implants, its hallmark range. In 2017 the company launched the “Artis” project, which consists in pre-loading a 6 mm lens in an injector in order to further reduce the cornea incision surface.  In Lannion, the company has built a sustainable ecosystem with operators  whose expertise is invaluable and non-relocatable.