Skip to content
Homepage > News > Enensys, the image transmission specialist, is taking over its colleague TeamCast 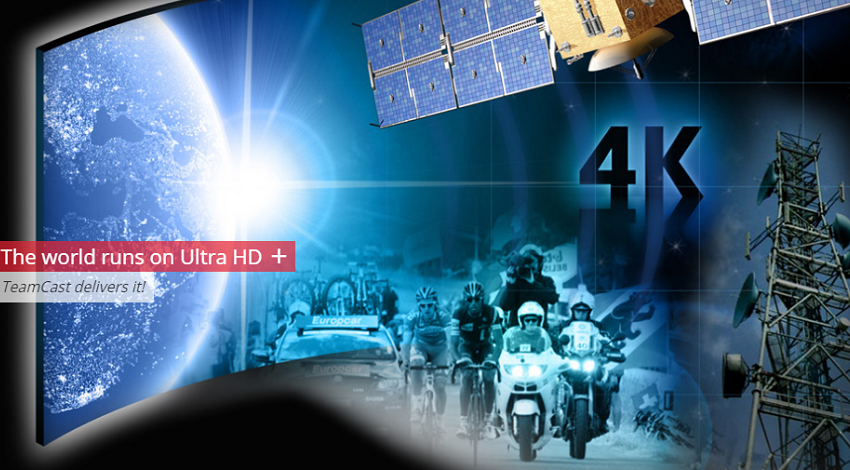 A world leader in terrestrial digital television standards, Enensys (Cesson-Sévigné, 60 employees, €11M turnover 2016, + 18%) specialises in infrastructure equipment and software for digital television and the tests and monitoring via its Test-Tree brand. The company counts the largest global operators in more than 50 countries among its customers. In June, Enensys finalised the buy-out of TeamCast (Saint-Grégoire, 50 employees, €6M turnover 2016), a specialist in satellite and wireless image transfer solutions which should maintain its identity and its team.

Approximately 90% of the business for these two entities comes from abroad, especially for television channels. Their selling areas complement each other. TeamCast is mainly found in Northern European countries and North America, with in particular a subsidiary in New York, and also in Singapore, whilst Enensys is more established in Asia-Pacific and Africa. The TeamCast solutions are mainly used during sports events (cycling races, marathons, Olympic Games, etc.).

The two Chairmen and Managing Directors believe that they create more added value by working together and consider themselves to be natural partners. This operation has given birth to a leader in optimising video broadcasting networks and modulation technologies for terrestrial, satellite and wireless markets. The acquisition is well received by market players, as there is virtually no duplication in the ranges produced by the two companies. Nevertheless, together they have high innovation potential and their teams have many common points.