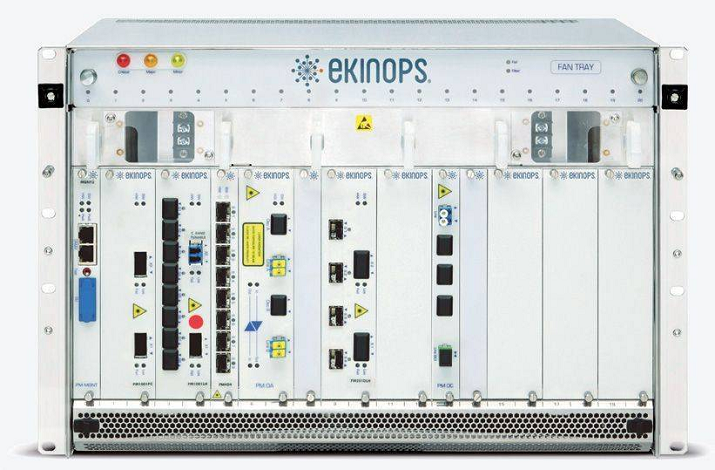 End 2016, Ekinops (Lannion, 85 employees, €18.18M turnover 2016), an innovative design of fibre optic transmission solutions for very high speed telecom networks, has raised €7.85M on Euronext. The company wishes to take advantage of the vitality of the fibre optic network sector which is growing by 20 to 30% a year and hopes to land contracts with telecom operators in France and abroad, which already accounts for 75% of its turnover, mainly in the United States.

Ekinops works exclusively with telecom operators, mainly small ones until now. Nevertheless, the company has won two contracts with major operators: Orange has opted for its 100 G/s optical transport solution to increase the bandwidth on a 18,000 km network and one of the major American telecommunication operators has selected it from a call for tenders to supply solutions for mobile traffic collection applications (mobile backhaul). Mobile backhaul is a strategic market segment for Ekinops. The value proposal in its offer, which optimises the performance and return on investment for the operations, is especially competitive. This American operator can thus operate an infrastructure with limited cost thanks to this solution, capable of supporting current bandwidth requirements whilst remaining upgradeable to meet the capacity growth of the operator. In addition, Ekinops joined forces early in 2017 with Orange Côte d’Ivoire, the leading telecom operator in Côte d’Ivoire for the roll-out of its 100G solution.

The R&D team in Lannion are already working on 200 to 400 G/s solutions and a 200G product designed for metropolitan networks has thus been launched.

Ekinops is now preparing to move up to a new dimension with the buy-out of OneAccess (Vélizy, 350 employees, €58M turnover 2016), which designs and markets routers for businesses. In the light of this buy-out for a figure of €58M, Ekinops announced in early July an increase in capital of €12.9M. This operation is in line with technological changes in telecoms and the need for better management of the explosion of Internet traffic. Virtualisation urges convergence between the transport, switching and routing activities. This buy-out takes Ekinops to the critical size for targeting larger customers and thus moving up to a new dimension.