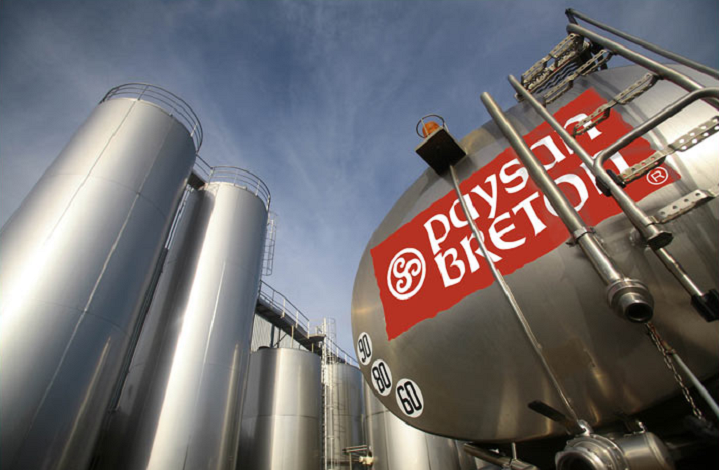 In a difficult market featuring major tensions over the price of milk, the Bretagne cooperative group Even (5,640 employees and 1,500 member farmers) has ended its 2015 financial year with a turnover of €2.1B, a slight drop on 2014 (€2,16B). Nevertheless, the group states that it has created 120 net jobs in 2015 and hired more than five hundred permanent employees on a like-for-like basis.

Laïta (2,670 employees, 3,420 producers), the Even dairy subsidiary known for its Paysan Breton brands, Régilait and Mamie Nova, has continued its innovation efforts, with more than fifty new products launched in 2015. Laïta has invested on average €50M a year in its industrial tools since 2012. The construction of the new Créhen plant will be the stand-out feature of 2016. The plant will ultimately produce 30,000 tonnes of baby milk in tins or premium milk powder.

In addition, with “Passion du Lait“, Laïta is committing to an on-going improvement approach to respond to four issues: product quality and safety (milk produced, collected and processed entirely in Western France, milk with no trace of ammonium, fewer antibiotics); humans and land (training, investments); environment (20% fewer greenhouse gas emissions by 2020, exclusion of palm oil in food, energy and water savings) and animal welfare (200 days grazing on average for the herds, comfortable housing).

Laïta processes (adds value) 1.5 billion litres of milk every year in its six factories (five in Bretagne). It envisages collecting 2 billion by 2020. Laïta achieved €1.3B turnover in 2015, broken down into 60% France, 25% Europe and 15% further export. It intends to increase this share, mainly with the opening of offices in Asia (China and Vietnam) and the signing of new agreements (South America and Middle East).