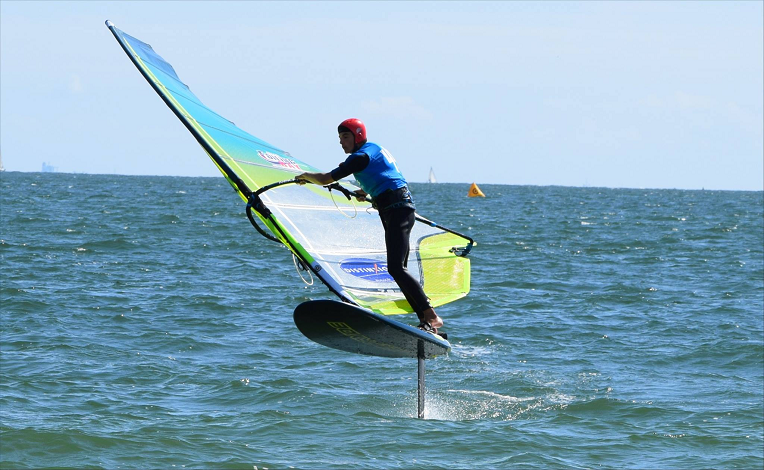 According to specialists of the nautical sector like É. Flageul, a member of the France sailing team in Rio and organiser of the “Semaine affoilante”, and J.-M. Bourgeon, leader of JM Koncept (Plouharnel), who participated in the triumph of the Sodeb’O Ultim’ trimaran, foil looks set to revolutionise the nautical industry. This is particularly true in Morbihan, a perfect place for testing, where the market represented €573.2 M in 2015. Leisure activities have seized the concept.

Companies specialised in windsurfing like Superfactory (Ploemel) and Bic Sport (Vannes) also offer boards with foils, while the motor yachting market is only at the prototyping stage. According to J.-M. Bourgeon, the foil allows motorised boats to save 25 to 40% of fuel.

Heol Composites (Treffléan) manufactures the foils and rudders that are standard on the GC 32 flying catamarans. They have already created around fifty sets and made those of a dozen monohulls in the last Vendée globe. It has been patented since 2012 for its one-step manufacturing process that improves the strength of apparently fragile parts.

Aventure composites (Le Faou) won a contract with the giant NeilPryde to manufacture the foils of the future Olympic windsurfing board, the RS: X convertible! The company does not rule out the possibility of manufacturing other carbon products in areas other than boating.

The design office and equipment manufacturer SEAir (Lorient) specialises in new generation foils and aims to make them accessible to small monohulls and pleasure boats. The company achieved a world 1st by flying a racing monohull 1 m above the water. Currently, SEAir is developing a model designed from a 3D printer and robotic tools, which makes it possible to obtain a foil in a single composite part instead of three and thus to gain in resistance. The SME has just raised €1 M.