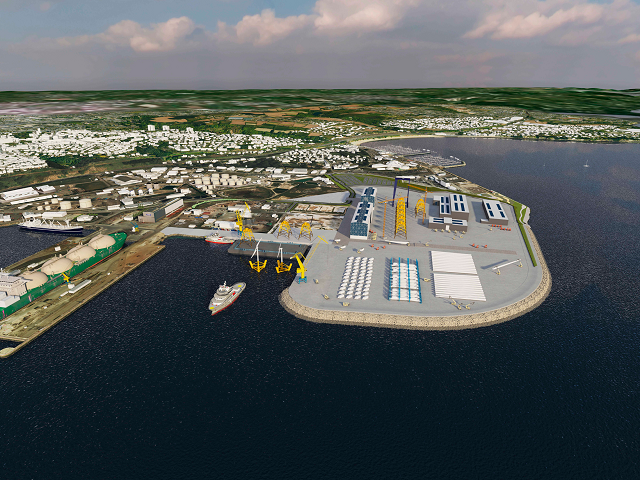 The polder of the commercial port of Brest is benefitting from an investment of €220 M, with the objective of hosting leading-edge activities such as MREs by 2020.

With 50% of French maritime research, Brest has a true economic and industrial fabric at the forefront of shipbuilding and composite technology, enabling it to attract players in hydroelectrics and wind turbines, as well as tier 1, 2 and 3 suppliers and innovative SMEs involved with energy storage or smart grids. The MRE sector has been designated as one of the 10 future-oriented sectors of Bretagne. To develop this economic plan, Brest wants to attract large contractors such as DCNS and STX, as well as the “heavy parcels” or “very heavy parcels” sector.

The first polder industrial facilities are expected to be operational in 2018 in areas of 4 to 5 ha. According to Brest Métropole, industrial activities would generate 400 to 500 direct jobs in the MRE sector alone. The industrialists will not benefit from direct support for the establishment, but from infrastructures and a system of support and services. According to La Tribune, the region plans to create a dedicated investment fund of €20 M to accompany, via an ad hoc company, the steps of corporate projects such as DCNS, Engie or Sabella. With an unrivalled 40 ha, Brest has the ambition of becoming the only Breton port specialising in hydroelectric and wind power capable of entering markets such as the United States and Asia.