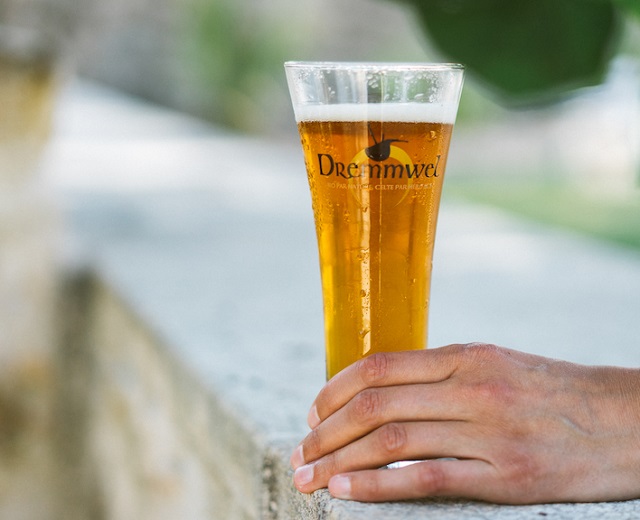 With an annual growth of 10% since 2013 and even 25% in 2018, the Brasserie de Bretagne (47 people; turnover: €15 million) is investing €10 million in a new industrial site in Concarneau that will enable it to increase its annual production from 6 million to 10 million litres of beer. Construction is scheduled to begin in January 2019 so that the plant can be operational one year later.

Its 4 brands: Britt, Dremmwel, and the organic Sant Erwann and Ar-Men, will keep their traditional character, but their production will be more automated so the beers they produce will retain their quality and taste. The new buildings will include production, storage and a shop. The manager Marc-Olivier Bernard also plans to build a malting plant, in partnership with brewers Lancelot and Coreff. This facility would allow them to gain autonomy over the production of the raw material. The three brewers are already developing their own organic “grown in Bretagne” barley sector.

Expand the customer base

85% of the sales of the Brasserie de Bretagne are in the Bretagne region, particularly in all the supermarket chains, but also in 500 bars and cafés, restaurants and organic shops. But Breton beer has a good reputation beyond the region. The objective is therefore to reach other French regions, in particular the Vendée, Normandy and even the Paris region, by targeting neighbourhood bars that are increasingly popular with young consumers looking for distinctive beers. While the overall beer market has increased by a further 6% in value terms in recent months, specialty products have jumped 12%. It should be noted that Sant Erwann abbey beer is now available at the bar of the National Assembly.

Three medals were awarded on 15 August 2018 to the Brasserie de Bretagne, by the jury of the prestigious international competition, the “World Beer Awards” in London. Dremmwel Gwiniz Du, made from buckwheat, is now the best gluten-free organic beer in the world. With sales growth of around 30% each year – and 50% in recent months – this original beer has been a great success. The brewery also won the silver medal in the English Style category with its Sant Erwann IPA and, finally, it won a bronze medal with its Sant Erwann Triple in the Belgian Tripel style category.

It should be noted that Brasserie Lancelot also won four medals at the World Beer Awards in London: three gold and one silver.