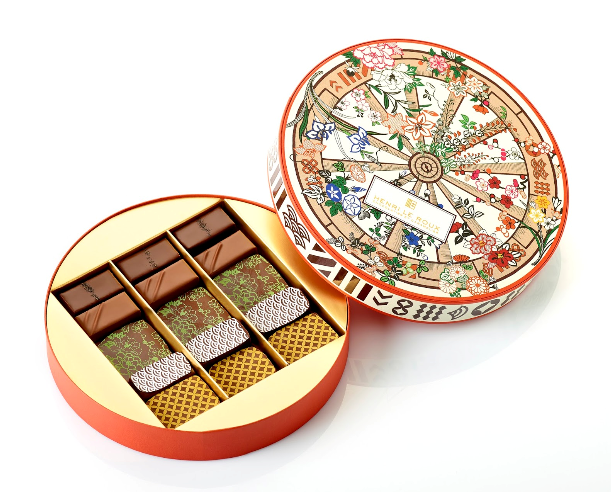 Named Best French Chocolate-Maker in 2003 by the Guide des croqueurs de chocolat (Chocolate Eaters Guide) and known for having invented the salted butter caramel (CBS registered trademark), the chocolate-maker Henri Le Roux (Landévant) is one of the world references in high-end chocolate. It has five boutiques under its own name in Bretagne and Paris and two sales outlets in Tokyo and Dubai. Since being taken over by the Japanese company Yoku Moku (300 employees) in 2006, the chocolate-maker has been making increasing inroads into the international market and now exports 24% of its production to Japan, Germany, Switzerland and Dubai.

This year marks the company’s fortieth anniversary and it is entering into a unique collaboration with the dyeing company Chiso, founded in 1555, for the flower pattern on its latest innovation “Journey to Japan”, inspired by the Yuzen-zomé fabric dyeing process. A new sales outlet should be opening soon in Tokyo, whilst in France, the chocolate-maker prefers to focus on Paris and Bretagne.