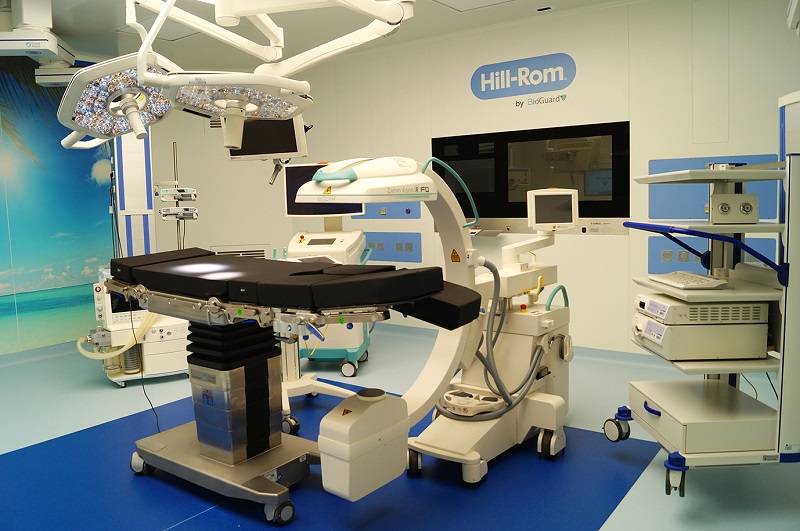 The Hill-Rom group, which specialises in medical technology equipment, has been operating in Bretagne since 1991 with the takeover of the Pluvigner site, which at that time manufactured hospital beds and hospital furniture. Since then the plant has diversified in the manufacture of therapeutic surfaces and the distribution of consumables for surgery.

In 2013, the plant faced serious difficulties due to a loss of competitiveness and performance, which led it to question itself and trigger a new dynamic. This process of transformation was supported by all employees and focused on a common goal: customer satisfaction. This transformation was also a human adventure. How to ensure performance, without detriment to human well-being? This is the origin of their “Well-being and Performance.” which is now the raison d’être of the site.

As a first step, Hill-Rom tackled security, with no accidents in 2017, then quality to automatically generate productivity and maintain a movement of continuous improvement. The new processes put in place made it possible to reduce stocks and thus to save space to accommodate new activities that were carried out abroad. In addition to production, Pluvigner manages logistics, sales administration, purchasing, samples and spare parts, research & development and financial operations. Half of the site’s activities support the international business of the Hill-Rom group, with the aim of making Pluvigner an operational centre of excellence for the group’s international activities.

The transformation of the site was accompanied by significant investments, including €2 M in 2017. In addition to new machines to continue to automate production lines such as a paint robot, two metal bar laser cutting machines, the test laboratory has doubled its capacity and a prototyping workshop has been created to form a new machine innovation centre inaugurated in mid-2017 in the presence of the President of the Region. Some 40 employees are developing and testing new products as the beds of tomorrow will come with an increasing number of technologies: integrated patient weighing system, management of vital signs and optimisation of care, etc.

According to Marc Capdeville, Executive Director of the Pluvigner site, this innovation centre is an important step: “With this latest generation tool, the development activity has been upgraded, which will accelerate the development of products and the dynamic of the site. The innovation centre will work primarily for Pluvigner, while also providing support for other sites around the world“.  According to Loïg Chesnais-Girard, Regional President, it is also a “recognition of the innovation and attractiveness of Bretagne. It is also the result of a collaboration between the company, the region and the communities”.

In four years, the Pluvigner site has thus gone from being a troubled site to becoming a leader in operational excellence within the international group. At the end of January 2018, this great development was recognised by Medef, the France Qualité association (AFQP) and the Directorate General for Enterprise  (DGE), which awarded the Pluvigner Hill-Rom site the national prize for operational excellence 2018 in the ETI category.