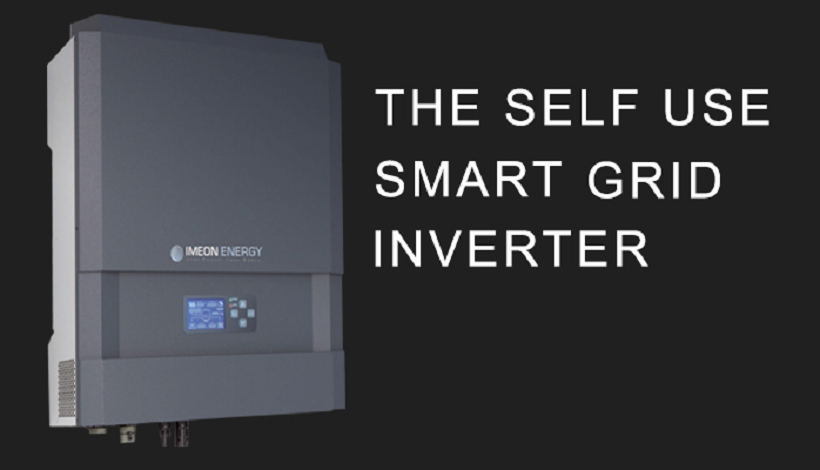 Indeed, Imeon Energy is revolutionising photovoltaics by integrating an intelligent inverter into the installation. The latter controls the flow of energy: priority to direct consumption, only the surplus energy produced is stored on batteries. Its advantages: less loss of efficiency due to storage, longer battery life and an efficiency gain of 30%.

Faced with global players and powerful lobbies, its intelligent inverter was noticed as of its first appearance in 2014 and has since been integrated in the catalogue of many wholesalers and distributors around the world: in Europe, Africa, Asia-Pacific, and soon Australia… The company generates 95% of its activity in export. This record rate also means that activity in France is virtually non-existent. Its CEO, C. Goasguen, explains that their solution is sold in countries where the kWh price is at €0.25 or 0.30, while in France it is €0.15 with less sunshine.

Initially focused on the residential market, the range of inverters has gradually expanded to medium-sized plants. Especially since the electronic architecture used allows several inverters to operate in parallel and even to act in a synchronised manner, like connected computers. They are based on a Linux core and applications which provide, on demand, new features. Just develop and download these applications to update the inverter, which takes these new features into account.

This decision to push intelligence into the system also corresponds to a vision of the evolution of the energy market and consumption patterns. First, the concept of a Virtual Power Plant, which combines a group of small local sources of energy to create a stable and robust micro-network at the scale of a neighbourhood, for example. The other trend is to consider the house as a set of connected objects whose consumption can be optimised. According to C. Goasguen: “There are now Wi-Fi connected washing machines. Tomorrow, we will press the button, but it is the inverter that will decide the best time to start the machine. It will be the same for the air conditioning, the hot water tank, charging the electric car, etc. The Imeon Energy inverter is ready for these new uses”.

In 2016, Imeon Energy raised €1.6 million, which allowed it to develop a new generation of products and to pass certifications. Imeon Energy has a service centre in South Africa. Another is planned in Oceania. R&D projects and developments with industrialists are also scheduled.