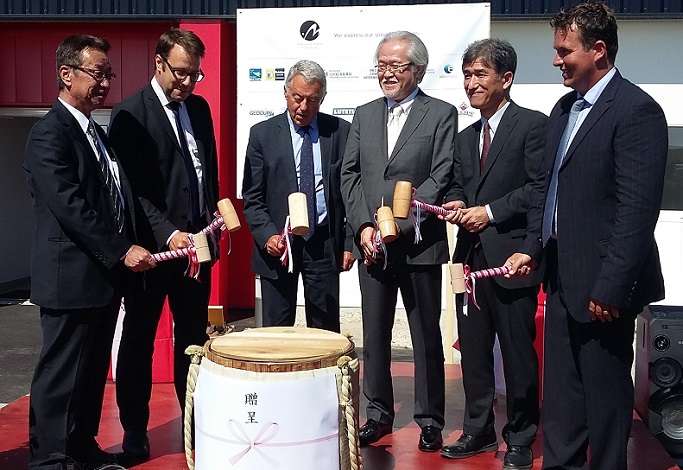 A significant moment for the Japanese cooperative but also for our “foreign investment” team, which has already been advising and supporting these Japanese industrialists for several years with their “katsuobushi” production unit project in Concarneau.

More than two hundred people, including some twenty Japanese who travelled specially for the occasion, thus attended the inauguration – Japanese style if you please. The European tradition is to launch a bottle of champagne or cut a ribbon, but here the directors and local dignitaries declared “Makurazaki France Katsuobushi” open by breaking a barrel of sake!

This installation has been greeted with delight both by enthusiasts of Japanese cuisine throughout Europe, as it will now be much easier to obtain dried bonito which is an essential ingredient in Japanese cuisine, and by the department of Finistère, as this industrial investment plans to create ten jobs over three years.

And the story of BCI and Makurazaki France Katsuobushi does not stop there, because of course our foreign investment team will continue to monitor the Japanese investor very closely and our Bretagne business support team is ready to take up the baton when the Concarneau (therefore Bretagne) business is ready to export its dried bonito to other European countries.