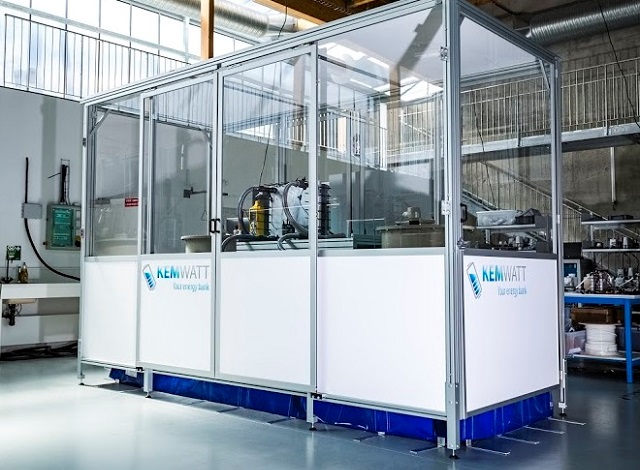 Two million euros have been raised, to which more will be added in early 2017. Kemwatt (Rennes) is advancing quickly. Specialising in the storage of solar and wind power, the start-up achieved a first industrial prototype of its Redox Flow battery (10 kW) intended to be the basic package of its bid. Its battery reacts in a reactor of molecules dissolved in two electrolyte pumped tanks. This offers two advantages compared to a conventional battery such as a Li-ion: the electrodes do not participate in the reaction, so do not degrade; increasing the energy storage capacity is achieved by increasing the size of the tanks.  They aim to manufacture and supply batteries to integrators like Schneider, to target, after European smart grid demonstrators, microarrays coupling solar and battery in emerging countries.