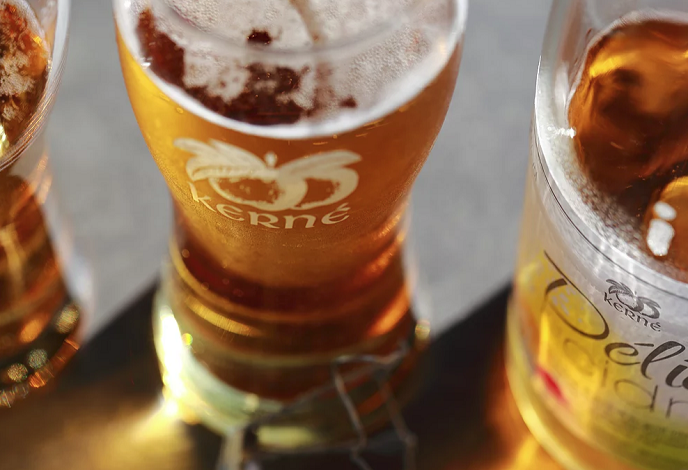 Founded in 1947, Les Cidres Kerné (Pouldreuzic, 17 employees) is the first and oldest cider company in Finistère. Having increased production to 500,000 bottles a year in the 1990s, the family modernised its equipment between 2000 and 2005, mainly to comply with manufacturing standards and meet a growing demand.

The cider company has about a hundred apple suppliers, of which 90% are in Finistère, an essential factor in preserving the taste and quality of the cider. Genuine heritage of Bigouden, the company has been taken over by the founder’s three grandchildren who have invested in a shop, a new packaging unit, new administrative premises and 10 hectares of apple trees.

The cider company now produces 1.5 million bottles of cider and apple juice a year, always focused on the craft aspect. 80% of production is sold in Finistère to private individuals, restaurants, regional product shops, wine retailers or delicatessens. Kerné nevertheless has an overseas following through its website. Sales in China, Japan, Brazil and throughout Europe account for 5% of turnover.