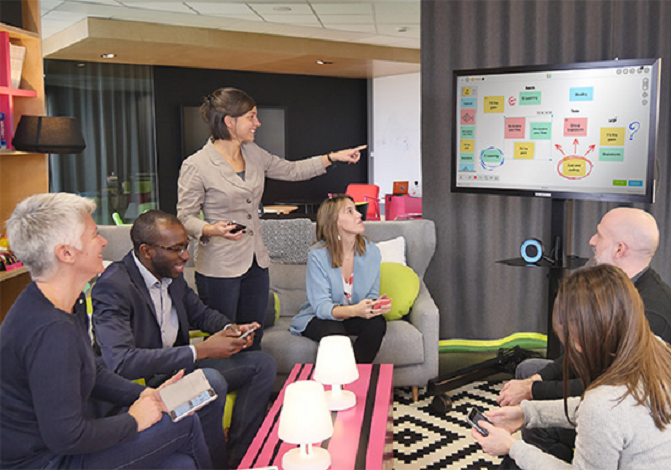 Continuing the development of its collaborative training and communication solution that won several awards in New York in 2015 and at CES in Las Vegas in 2016 (for its Box) and 2017 (for its Loupe (magnifying glass), Klaxoon (Rennes, 130 employees) is setting up in New York with the support of the American Department of Trade. Its Director, Mr Beucher, anticipates 50 new jobs in 2017, including about 10 in the USA. On the spot, it has received major acclaim from the Secretary of State for Trade, W. Ross, which should give it a good boost. Note that during the VivaTech Salon in Paris, Klaxoon was in the top 3 of visits received, just between IBM and Orange.