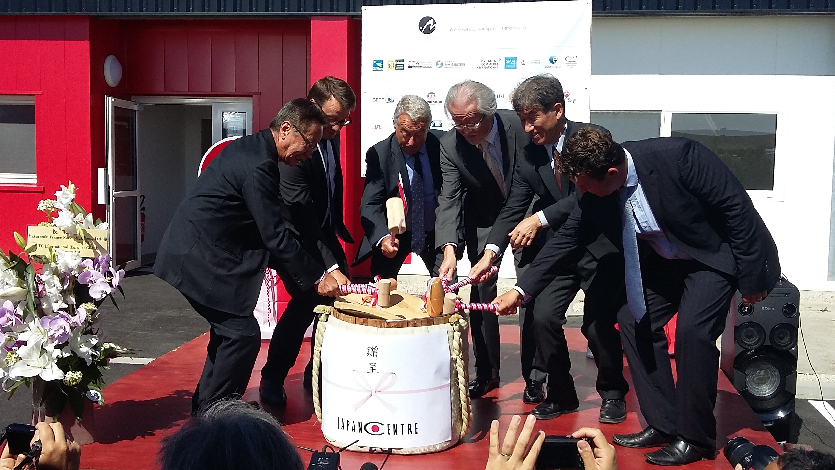 The manufacturing plant is going to produce katsuobushi, a highly-sought-after Japanese condiment which is virtually impossible to find in Europe.

Katsuobushi, called dried bonito in France, is an essential ingredient in Japanese cuisine. It is made from skipjack tuna which is cooked, smoked and dried before being hand cut into small shavings. It is then used in broths and soups, especially the traditional dashi, which is the basis for Japanese cuisine and well-known for its very delicate flavour. Virtually impossible to find in Europe until now, katsuobushi is going to be produced in the port of Concarneau (Finistère) where the Japanese cooperative enterprise Makurazaki, a specialist in this ingredient, has just opened a production unit in return for a two million euro investment for a small unit of nearly 800 m2 under cover. It is starting with a trained team of six people, supported by two Japanese craftsmen who will stay for a year to help them comply to the letter with the ancestral method of manufacture whilst remaining in line with European health rules. It takes about ten days to prepare the katsuobushi which is particularly sought after as it is sold at around one hundred euros per kilo in Europe in delicatessens, according to the entourage of Gwenaël Perhirin who has taken over the management of Makurazaki France Katsuobushi.

Japanese restaurants
This condiment is going to be distributed mainly to high-end Japanese restaurants in France and elsewhere in Europe. Skipjack tuna which is essential to the manufacture of dried bonito is supplied to Makurazaki France Katsuobushi by the CFTO shipping company (French Ocean Tuna Company) whose head office is in Concarneau. Skipjack tuna is fished in the Indian Ocean and brought back to Concarneau. The Japanese plant has the goal of processing about one tonne of fish a day which ultimately produces 200 kilos of katsuobushi. The establishment of this company in Bretagne is the fruit of several months of negotiations. The project was found by Bretagne Commerce International. This association, which depends on the region, has the task of supporting companies internationally and of urging foreigners to invest in the West.