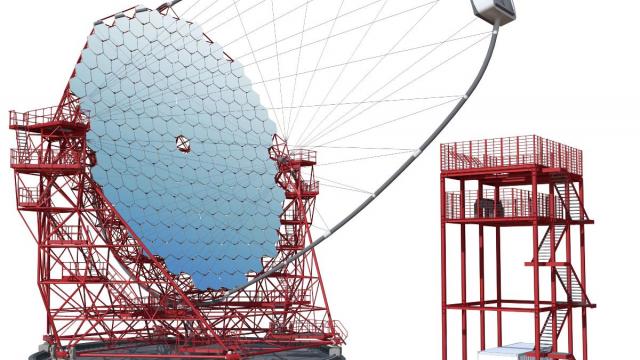 From the ocean to the sky

Lorima (Lorient) manufactures masts (from 30 to 160 ft) that are popular worldwide. They are also on-board a number of sailing boats taking part in the most prestigious offshore races. For example, the company has built the mast for the next Sodebo (Ultim category), the one on Armel Le Cleach’s ‘Maxi Banque Populaire’ and has been commissioned for Imoca units and 50 masts for the Figaro race. For foils, Lorima is the official supplier of the Multi50 class.

The company is also branching out. It has delivered the arch of the gamma telescope, the centrepiece of the Los Muchachos Observatory in La Palma in the Canary Islands. This project was developed jointly with CNRS researchers. It covers a next-generation telescope carbon arch prototype – CTA (Cerenkov telescope array) – as part of an international research programme involving France, Japan, Germany, Spain and Italy. The carbon arch, built into the telescope, is due to be operational in the autumn and is the first unit of a series of four.

Lorima and Carboman France (Vannes, 200 employees, turnover: €18 million) bought out SMM Technologies, composite parts manufacturer (Lanester, 21 employees), with respectively 40 and 60% of the workforce. The 6,500 m² site boasts a unique production tool in Europe: a 46 m long milling machine for producing casts for very large part. Both companies now have the resources to stop outsourcing internationally and work on projects further upstream. The buy-out is an opportunity for Lorima to take to other markets, such as Defence, aviation and automotive.

Lorima was bought out in late April 2018 by Wichard, a group based in Thiers (Puy-de-Dôme), a global leader in the marine hardware market. Vincent Marsaudon, Lorima’s manager, stays at the helm. The aim is to give Lorima new impetus in support of its development strategy. Wichard’s interest in Lorima chiefly lies in the company’s skills, both in racing and private luxury yachting and in the company’s development into serially-produced units.