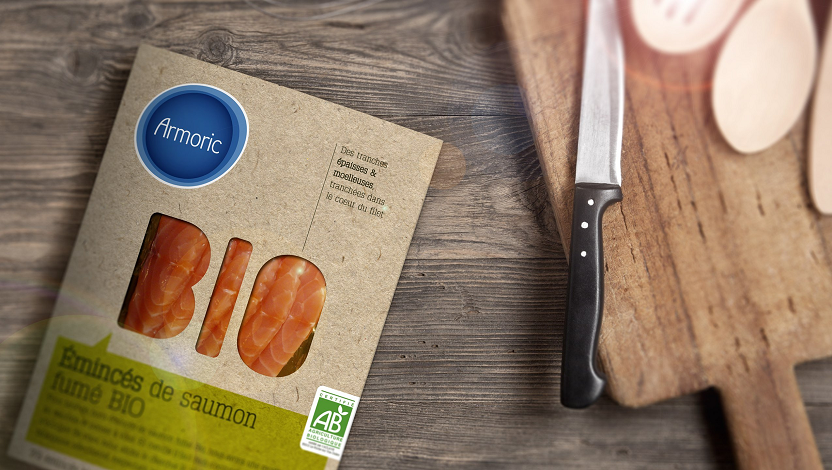 A French specialist in distributor brand smoked fish, Meralliance (€180M turnover 2016) has just invested over €1M in its Quimper site to increase its smoking capacities by 15%. The slicing line for manufacturing sliced fish has also been modernised. This equipment is mainly used to produce the new range of fresh fish launched by the Petit Navire brand, with the goal of producing 400 to 500 tonnes of fresh slices and becoming second in the marketplace behind Labeyrie.

Petit Navire is part of the same group as Meralliance – Thai Union. This synergy between the various companies was one of the strategic focal points announced by the Asian company when taking over Meralliance in 2014. The company is also pursuing its innovation initiatives. It will launch a reduced-salt smoked salmon, with no added substitution salts, for its own Armoric brand and two distributor brands.

Meralliance, with its internal R&D unit with 4 employees, also relies on the Thai Union technology hall in Douarnenez. Meralliance has 5 establishments with 930 employees: Quimper, Landivisiau, Bydgoszcz in Poland, Dingwall in Scotland and the office at Bergen in Norway.

The Quimper site (380 to 550 employees (seasonal)) fillets, salts, smokes, slices and packs fish (5,000 T/year) in a high-end segment. Storage and order preparation are managed from the Landivisiau site (50 employees – 100 during the season), which also provides the logistics for the production in Poland (2,300 T/year). The subsidiary of the Thai Union group has a production capacity of 12,000 tonnes of finished products.