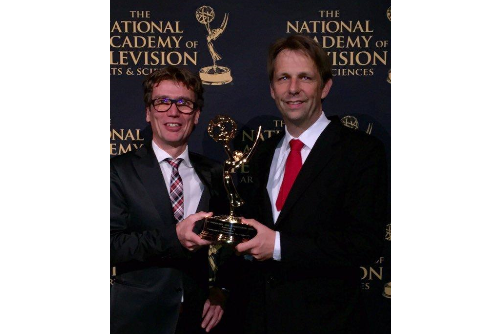 The National Academy of Television Arts & Sciences has given a Technology & Engineering Emmy Award to the R&D subsidiary of the Netherlands group Civolution, NexGuard Labs (Rennes) for its research into steganography, a technique used to hide information in an image or video to restrict pirating and illegal use. This is the most prestigious award in the video technology sector. With 90% of its turnover going to export, NexGuard has customers all over the world, especially Hollywood studies, TV series and pay-to-view television and video-on-demand services.