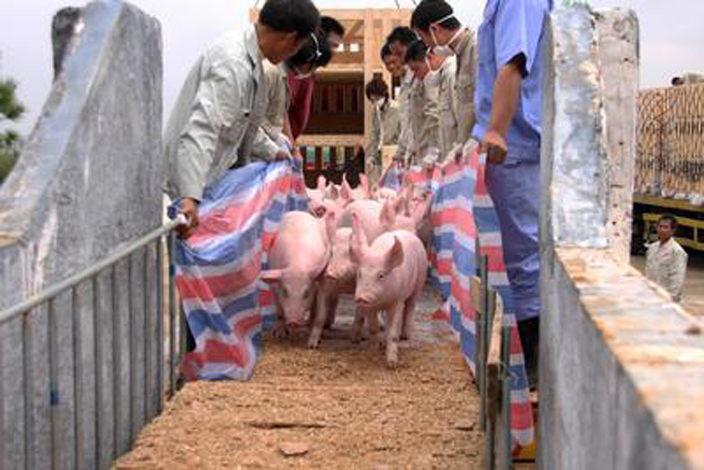 Nucleus (Le Rheu), which specialises in pig genetics, is relying on a nucleus of pure races (Large White and Landrace French sows) for its international expansion. The cooperative works with twelve countries (Austria, Belgium, Hungary, Romania, Italy, Portugal and Russia in Europe, South Korea, Vietnam and China in Asia and Congo and Benin in Africa) and exports eleven to fifteen thousand beasts a year, including two thousand to 4,500 grandparents.

To expand its sales of breeding stock, it is now selling its know-how through partnerships, for example in Spain, a European heavyweight, where it has five partnerships with integrators. Nucleus has also set up three partnerships in China with local organisations.

Cooperl Arc Atlantique (Lamballe, five thousand employees, €2MM turnover) inaugurated its first livestock facility in China in the first quarter of 2016 with a local partner, Xinda (Anyang, Henan). The first thousand beasts will be sent there by air in October and the site will rely on the expertise developed by Cooperl in Bretagne, be in in pig genetics or methanisation. Ultimately, the facility should have 1,500 bred animals, a size of operation which mirrors the size of the Chinese market which produces half the world’s pigs.