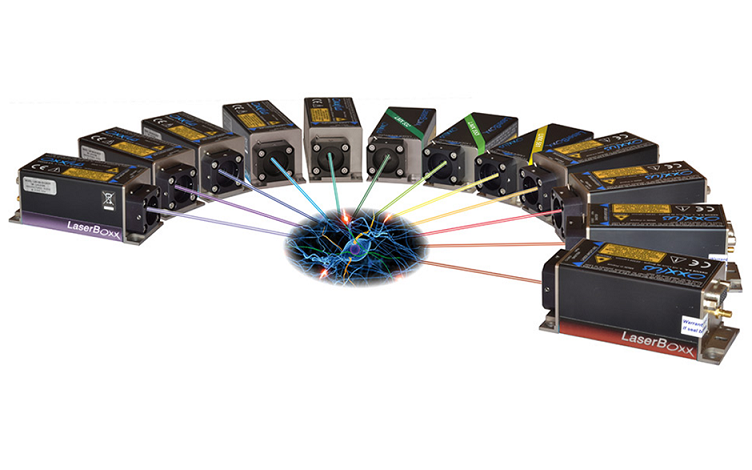 After 14 years of R&D financed by investment funds, Oxxius (Lannion, 35 employees, €3.5M turnover 2016, €5-6M goal 2017), a specialist in miniature laser sources, wishes to speed up its expansion in France and internationally by gambling on the 100% Made in France for its ultra-compact, crystal-based laser technology. The company worked 75% abroad up to 2015, but this ratio has balanced out with the French market since 2016.

Its solution is mainly used for blood tests but can find other applications. The company is developing a purple laser for the “Deep blue” project to detect nanoplastics that pollute the oceans and are ingested by fish. This 0.2 micron laser which only sends purple is virtually the same as the one used in the blurays. The shorter the wavelength, the more the laser sees small items.  It is supplemented by a Raman spectroscope that can distinguish between plankton and plastic. The Raman technology is increasingly used in the petroleum industry, pharmaceuticals, biology, art (to see whether a painting is false), Defence, etc. Oxxius sees an opportunity here. The Bretagne company claims to be the only one concentrating on this type of laser in France.

Oxxius has moved to new premises in the Lannion Photonics Park where it has access to a technical platform and clean room. It plans to hire about fifteen employees.