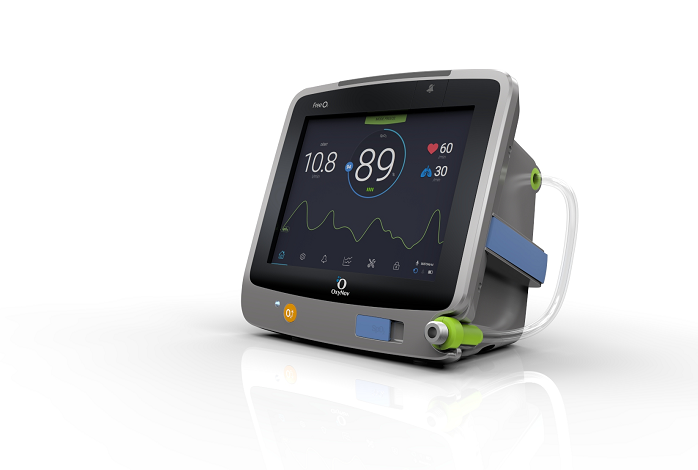 This medical device, described as a disruptive breakthrough innovation in the medical world, automatically adjusts the flow of oxygen delivered to a patient as needed as part of an oxygen therapy. Obtaining the CE marking enables the company to leave the device on a test basis for several weeks with medical services that practice oxygen therapy such as cardiology, pulmonology or intensive care services. They will confirm its efficiency in routine clinical practice, its contributions to patient care and thus lead to hospitalization time and cost savings.

The Brest subsidiary aims to market the product in France and Europe, but also to work on the artificial intelligence algorithms embedded within the device. To support the deployment of FreeO2, Oxy’nov has just raised €1.5 million in Quebec, a significant share coming from the Inov’Export fund. A second operation is already planned. In 2015, the company had already raised funds from French and Quebec private investor clinicians.