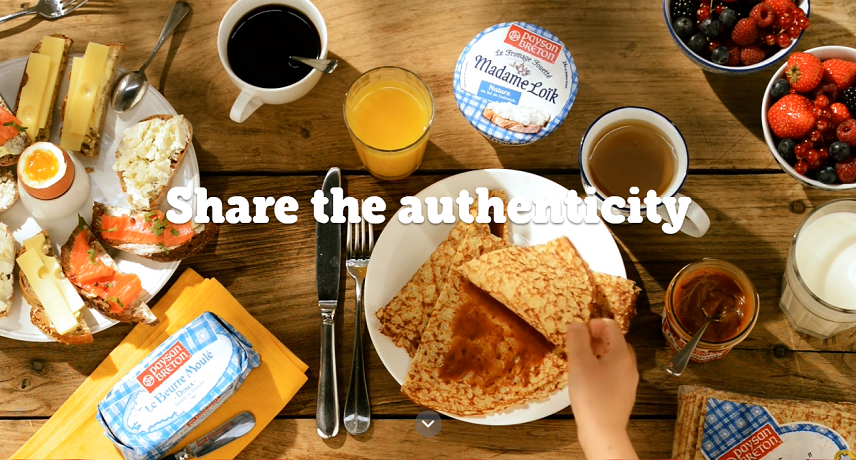 As the leader in traditionally-moulded butters, Paysan Breton (Laïta Group, Gouesnou) is among the top 30 brands most purchased in France in 2015 and is today consumed by half the households in France. In 2016, the branch successfully launched several products in the four most buoyant segments.

The whipped cheese Madame Loïk is now the second pillar for the brand and is becoming a not-to-be-missed product on the cheese spread shelves; a new reduced-salt whipped cheese (-25%) boosted the range in 2017.

Paysan Breton has also expanded its range with fermented milks and stuffed pancakes and continues to offer new products to boost these ranges. The stuffed pancakes have given Paysan Breton an entry into the snack market and are driving its growth by already being the second largest in this segment.

In a context of consumer sensitivity to product origin and an attachment to French farming, the Paysan Breton milk producers intend to continue to explain and share the cooperative values to which they aspire.