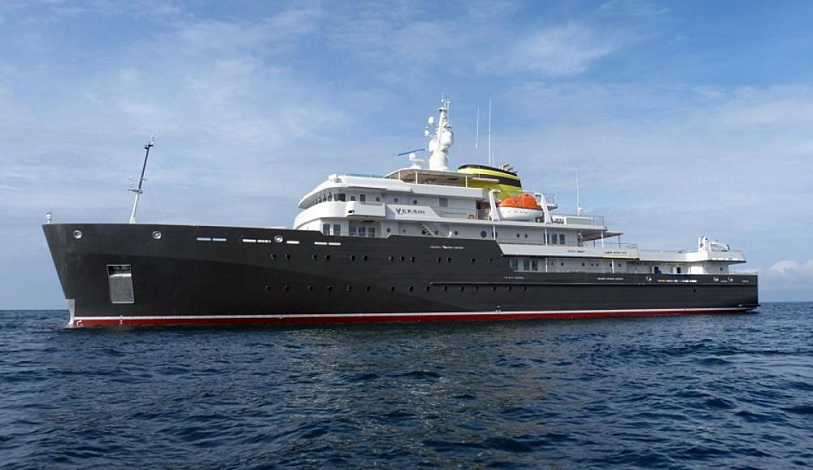 Piriou (Concarneau, 1,000 employees, 2017 turnover: €200 million), the civilian and military shipbuilding and repair specialist generates 60% of its sales internationally and is based in Concarneau, south Bretagne.

In Pascal Piriou’s own words: “If you want to sell boats to Vietnamese owners in Vietnam, there are no two ways about it: the boats must be built in Vietnam. This particularly applies to the ship repair sector: the shipyards are regional.” Piriou therefore operates shipyards in Poland, Nigeria, Vietnam as well as Algeria, teaming up with local partners and working with local staff and subcontractors. These sites allow the company to remain competitive against low-cost countries such as China, while retaining business and jobs in Bretagne.

The group is looking to repair and service more ships cruising off the coasts of Africa, America and the Pacific. In a bid to approach these commercial, fishing and military fleets, it set up the ‘comptoir Piriou’. The concept is a modular workshop featuring several containers to accommodate a metal work unit, pipes, energy and offices. It will take four to five weeks to set up these new workshops in ports, taking up a space of 500 to 1,000 square metres. The aim is to minimise set-up time and to be as close to the ships as possible. The group has screened 10 areas worldwide where it will gradually set up the workshops that can be transferred according to local demand. The first one was opened on Reunion Island in February 2018 and a second one will be set up in Dakar, Senegal. Each workshop requires an investment of €1 million, generating an annual revenue between €4 and €5 million. Workshops will be created jointly with a local partner. In Dakar it will be maritime company Ngom et Frères, who will be a minority shareholder of the new company Piriou Ngom Sénégal. Three of Piriou’s initially trained employees will be part of the workshop’s core workforce, with an additional 30 to 40 employees hired on site. The command centre will be based at Concarneau, the group’s head office, where workshop management and spare part supply operations will be centralised.

Defence accounts for 90% of the shipbuilding business

Before venturing out into international markets, Piriou needed to show evidence of its skills in France.  This explains the group’s desire to secure deals with the French Navy, which came to fruition with the partnership with DCNS (currently known as Naval Group) and the creation of Kership in 2013. Currently, 90% of Piriou’s shipbuilding operations cover the Defence sector, which also accounts for 36% of the ship repair segment. The group’s diversification strategy (exploration, defence, renewable marine energy, polar vessel) also acts as a barrier against potential setbacks in one of the sectors.

The group’s French Repair and Services branch – Piriou Naval Services (PNS) – operates both in France and overseas, covering maintenance, management of complex refitting and operational readiness management for all ship types, as well as trading and training operations. The branch gradually gained expertise in the highly technical sector of oceanographic and hydrographic survey vessels. In 2006, PNS refitted four hydrographic survey vessels from the French Navy, retrofitted Atalante for Ifremer in 2009. It also signed a refitting contract for the French Navy’s Beautemps-Beaupré and another retrofitting contract for Ifremer’s Thalassa in late 2017. Piriou makes good use of its skills. For example, Piriou is building, jointly with SHOM, the multi-purpose oceanographic survey vessel – BHO2M – due for completion in late 2018 commissioned by the Morrocan Royal Navy.