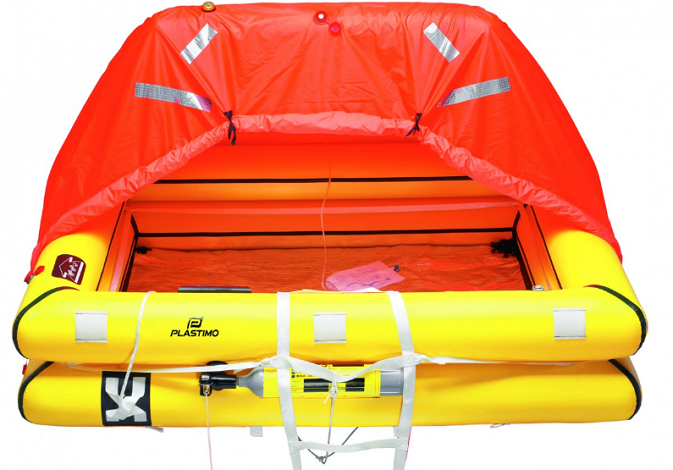 Since 2016, Plastimo (Lorient, 110 employees), the marine safety specialist for yachtsmen, water sports enthusiasts and even Vendée Globe skippers and sea professionals, has been strengthening its core competencies in prototyping and safety, as well as its R&D divisions.

In 2016, the company expanded its range of lifejackets, for individuals from the model with which it equipped the Vendée globe and a design model for paddle or kite-surfing, and for professionals on wind turbine service boats, offshore and emergency boats. The company also designed a raft, made of PVC, that is more highly resistant than rubber and dyed bright yellow for increased visibility. This raft can therefore last several days at sea.

The Breton company has a subsidiary in Romania (40 employees) that carries out preliminary steps such as sewing and welding of coated fabrics. R&D, final assemblies and quality control are carried out in Lorient. Plastimo also repatriated to Lorient the activities of Topoplastic, which is specialised in the manufacture and marketing of navigation instruments, following its acquisition at the end of 2015.

In addition, the company is diversifying into military equipment. It has just won a contract for the manufacture of 240,000 pockets that will complement the new bulletproof vests of the army’s defence forces. This order comes from the French subsidiary of the Norwegian group NFM, a global specialist in military ballistic protection, which has entered into a contract with the Armed Forces Commissariat for the supply of 31,600 ballistic modular structures for which NFM holds an exclusive patent. In order to respond to this order that may be renewed, the SME has hired some sixty additional employees. Investments in the machines needed to manufacture these 9 pockets per waistcoat, which are designed to hold defensive grenades, tear gas bombs… are shared between Plastimo and NFM.