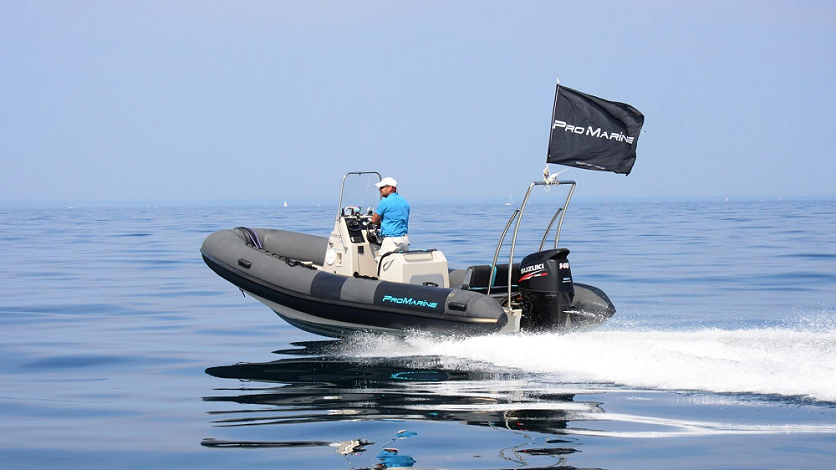 The Pro Marine (Arradon) shipyard is one of the few French semi-rigid boat manufacturers.

After its beginnings in vessels for the Army, Pro Marine looked toward the professional and leisure sector. For private individuals, the manufacturer first developed the Manta range, its historical boat. It has now been expanding its horizon for a year, with the Helios series, high-end units centred on relaxation and the sun. During Nautic last December, Pro Marine unveiled two new products: Helios 27 and Manta 610. The company claims 100% French production.

In one year, the shipyard has enhanced its network of dealerships in strategic locations. While continuing to base itself in Bretagne with eight sales outlets, Pro Marine is now represented in Corsica, the Arcachon basin or even the bay of Saint-Tropez. Likewise in Spain, Croatia, Switzerland and Germany. Export now comprises 15% of its activity but the aim is to continue its development in as many countries as possible.