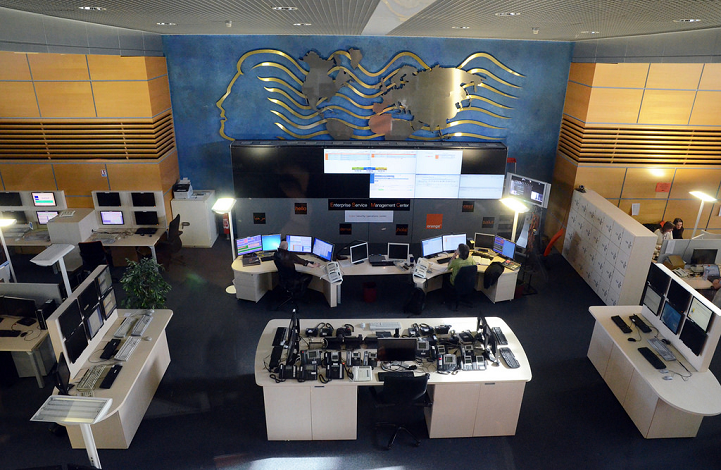 Early in 2018, Thierry Bonhomme, Executive Director of Orange Business Services met its Rennes teams who have a dominant role in the OBS activity, including the cloud, cyberdefence, networks, big data and applications.

The Executive Director sees Rennes as the spearhead for OBS which generates €7.3 billion turnover a year and on-going growth of 10%! OBS has 21,000 employees worldwide with offices in 130 countries. Of these, 10,000 employees work in France, including 3,000 in Bretagne and 2,500 in the Rennes area.

A terrific strike force mainly made up of engineers and state-of-the-art equipment and sites, the majority of which are classified. OBS has installed its Cybersoc in Rennes. This a very important link for all the group’s cybersafety developments. OBS is also behind the creation of an academy, in conjunction with the Bretagne universities, for a course to train engineers in cyberdefence. Rennes is also the location for teams working on artificial intelligence and for developing virtualisation services that offer companies flexible solutions for expanding their activities.

Every year sees the creation of 150 new posts for the Rennes sites. OBS is intending to create a large campus that will bring together all the entities in the Rennes area. This major investment could see the light of day by 2020 and offer OBS an even more significant strike force.