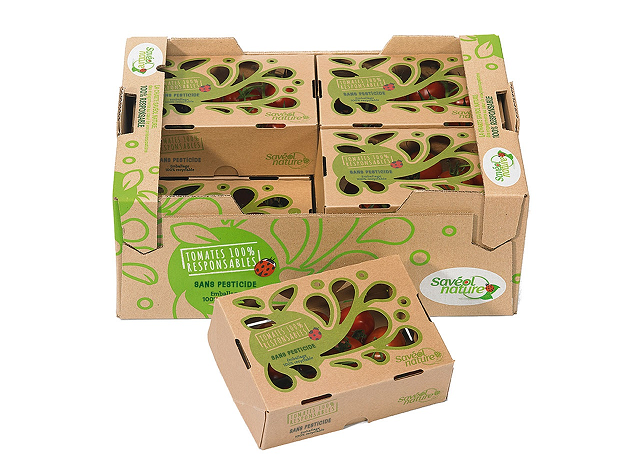 Savéol (Plougastel-Daoulas, 2,500 employees, €184M turnover 2016, including 11% export), the leading French tomato company, has launched Savéol Nature, a new range of small cherry tomatoes without pesticide residues in 220 g or 400 g fully recyclable packs. This range required a year of research. The cooperative’s R&D glasshouse tests 250 varieties a year. The cooperative has 200 ha of glasshouses and has been investing since 2016 in developing an insect farm open to the general public for the natural control of crop pests. Savéol’s goal? Within five years, 80% of tomatoes produced will be Savéol Nature. To achieve this, 5 to 6 ha of glasshouses are being renewed every year, which represents a significant investment as 1 ha of glasshouse costs ~€1M.