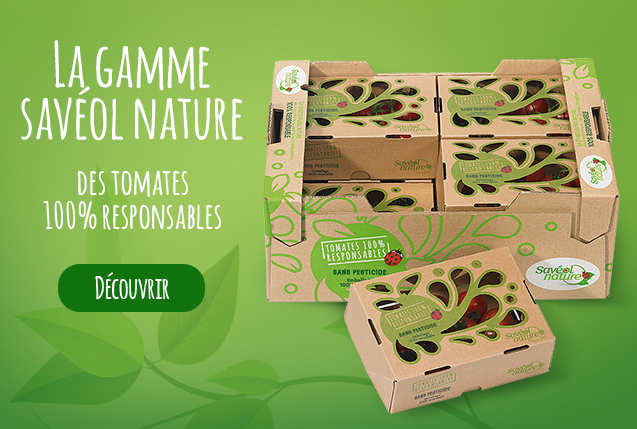 The cooperative’s R&D glasshouse tests 250 varieties a year. The cooperative has 200 ha of glasshouses and has invested in developing an insect farm for the natural control of crop pests, an initiative which is also behind this new range. THe company hopes that 80% of its production will be Savéol Nature tomatoes within five years. To achieve this, 5 to 6 ha of glasshouses are being renewed every year, with 1 ha requiring an investment of €1M.

The new range costs €0.20 more than a standard product from the cooperative, but has been welcomed favourably by the major retail outlets.