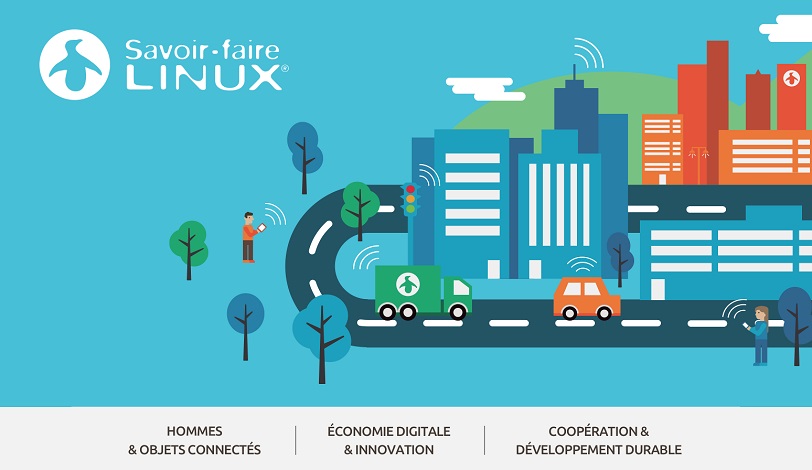 Savoir-faire Linux, an expert in free and open source technologies since 1999 in Canada and Europe, opened in Rennes in September 2017 an expertise centre dedicated to open source software engineering and embedded systems for its French and European customers.

Eloi Bail and Gilles Doffe first settled in the coworking space La Newsroom. This establishment in the Breton capital owes nothing to chance, as Eloi Bail explains: “Bretagne is historically a crossroads of telecommunication technologies. Rennes is very dynamic and brings together both potential partners and customers. And the proximity of Paris is obviously a plus.” It should be noted that Rennes is on the way to becoming the company’s headquarters in France.

As Eloi Bail points out, “We are very involved in the free software community. We offer our customers innovative products with a high added value on our knowledge and services. We operate in France, Europe and also in North America.” In its offices in Rennes, Savoir-faire Linux works for various sectors of activity: health, industry, agri-food, aeronautics, aerospace & defence.

In one year, the Breton office of Savoir-faire Linux has grown well. Eloi Bail and Gilles Doffe have strengthened the team by hiring a third consultant, Jean-Michel Hautbois. A fourth engineer is expected to arrive in early 2019.