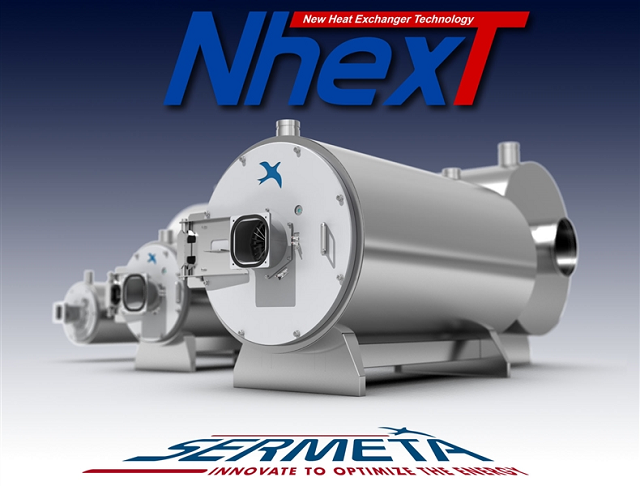 Sermeta (Morlaix, 600 employees, turnover: €185 million) has launched “NHEXT”, the new range of boiler heat exchangers that are even more efficient and four times lighter than the products of its competitors, and which are intended to equip boilers for agri-food factories, apartments, and laundries.

Since the company was founded in 1995, 18 million boiler heat exchangers have left its Morlaix workshops and are in operation all over the world. Daily production is between 8,000 and 10,000 heat exchangers sold to all boiler manufacturers. The success of the company is closely linked to its founder Jo Le Mer. In the late 1990s, Jo Le Mer automated his workshop, which allowed him to make an exchanger in 6 minutes against 1 hour 45 before. At the same time, he is already working on the components for condensing boilers, which as of yet are only a niche market, but which will be successful, especially on an international level.

Since 2000, in order to cope with the increase in volumes and keep prices competitive, Sermeta decided to strengthen its design office rather than relocate its production to China. The office now counts 35 engineers and technicians who anticipate future standards and innovate technically and environmentally.