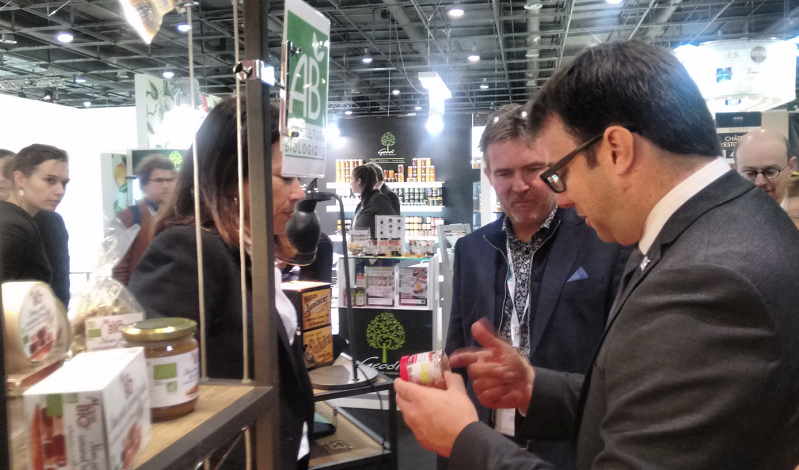 Coming in force with more than a hundred companies present at Sial Paris, the Bretagne region wants to assert itself as the European leader in “Eating well”. Explanations with its president, Loïg Chesnais-Girard.

What is the place of agriculture and the  agri-food industry in the Breton economy?

Nearly a quarter of the Breton economy depends on agriculture and the agri-food industry. The Region has largely played its part in the development of productivist agriculture with all the environmental consequences that this has entailed for our soils and our beaches. But over the past 20 years, awareness has developed agricultural production practices. We must continue in this direction.

Bretagne wants to assert itself as the European leader in “good eating”. How can this ambition be more specifically translated?

The food industry should not be ashamed of its performance.  And the Bretagne Region must be there to give increasing support to companies undergoing transformation. They can go further, faster and do even better in order to present Bretagne as the leading region for “Eating well in Europe”.

Since the adoption of the French rural development programme 2014-2020, 63 agri-food companies have benefited from a total public support of €52.7 million, of which €27.8 million from the EAFRD and €22.5 million from the Bretagne region. The Region’s funding is focused primarily on support for R&D and innovation. In this field, Bretagne can rely on powerful tools such as the Valorial competitiveness cluster, Act-food Bretagne innovation platforms, CEA Tech and the Contemporary Culinary Centre.  The objective is to support projects for innovation, moving upmarket and those that promote the culinary value of the products. Just take a walk in the alleys of Sial to better understand the potential of Breton companies to become the stakeholders of the food of tomorrow.

But the role of the Bretagne region is also to support sectors. This is what we did in poultry by voting a budget extension of an additional €21 million to contribute last July towards the creation, alongside LDC, of ​​the Almunajem group and Terrena and Triskalia cooperatives, the Yer Breizh company which now brings together the upstream sector of the former Doux group.

Is the development of organic farming a priority in the Bretagne region?

Of the 26,000 breeders in Bretagne, 2,800 have already gone organic. 75,669 hectares are certified and 31,095 are in conversion for a total of 106,764 hectares committed to organic, an increase of 12% compared to 2016. Organic is of course a priority to meet the expectations of consumers, but so is the development of an efficient agroecology.