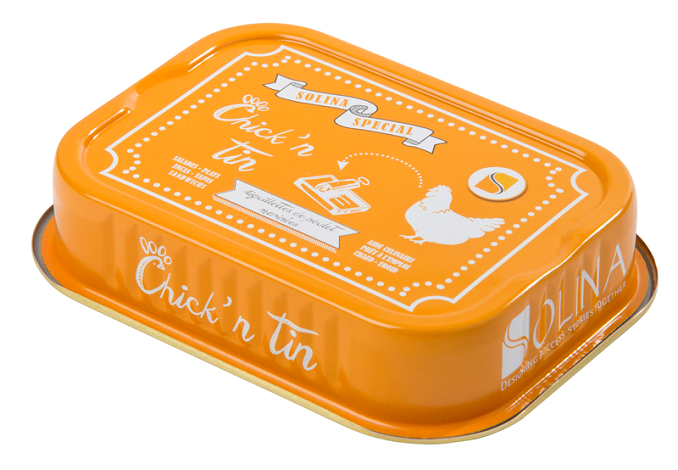 Solina (Bréal-sous-Montfort, 1000 employees, €315M turnover 2015), a specialist in tailor-made ingredient solutions for the food processing industry, has launched the first preserved chicken wings marinated in oil. Chick’n tin is presented as a combination of “ingredients solution”, a manufacturing process and a touch of creativity. Using chicken wings, Solina has developed a process in line with the constraints of sterilisation and a set of bold solutions to offer a tender, tasty product which is totally new to the market. Marinated and flavoured, the chicken wings are packed in oil and sterilised in a tin not dissimilar to that of sardines in oil. With establishments in seventeen countries, the group relies on eleven production sites and R&D centres spread throughout Europe and Asia. A new R&D centre has been opened in Thailand to be as close as possible to Asian customers. Solina is also talking about probably opening a factory in China within two years and already has an office in Shanghai. The group’s majority shareholder has changed recently. Four years after taking up Solina capital, IK Investment Partners has transferred its shares in the company to Ardian.