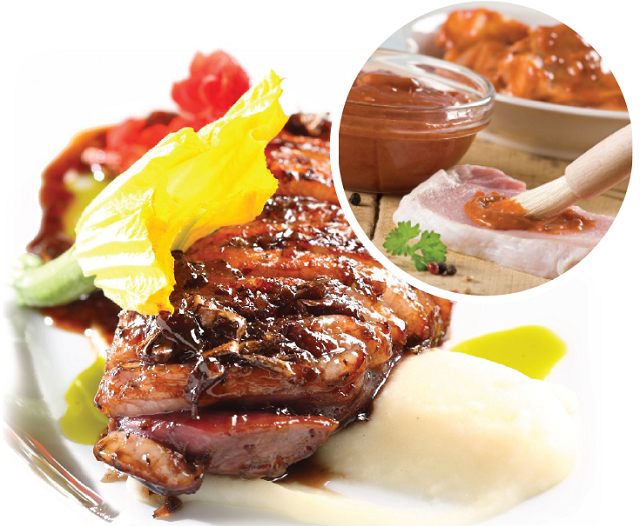 Solina (Bréal-sous-Montfort, 1200 employees, €334M turnover 2016) specialises in manufacturing ingredients for the food industries and meat and sausage producers or catering chains and received the Growth award at the most recent Ille-et-Vilaine Oscars. Solina has 12 production sites and 8 R&D centres in Europe and relies on subsidiaries in Europe, the Middle East and Asia. Solina exports to 75 countries.

The Chairman of its Supervisory Council, E. Terré, states its policy as expansion into an international market with growing demand and where innovation is needed in particular. Solina is constantly seeking out new market segments in new territories: the group has thus acquired more than 15 companies in recent years and is still looking for external growth, especially in the United Kingdom, Germany, other European countries and the United States.

Solina has set itself the goal of doubling its turnover within five years and entering the world’s top five by 2025. Its latest acquisitions: Degens (fourteen employees), butchery division of the Netherlands group Interstate, a major player in the world of ingredients and culinary solutions for butchers in the Netherlands and Belgium, the Belgian company Quomak (twelve employees), which develops concepts of savoury, fresh, pasteurised, sterilised and quick-frozen products and New Ivory, a British manufacturer of culinary sauces with an excellent reputation in the major retail outlet and industrial markets.

Projects in progress include the construction of a factory in Russia and the start-up of another one in Turkey. Solina then intends to boost its position in Germany and Eastern Europe before attacking the North American market in the next two or three years, which could be the way in to Central and South America.