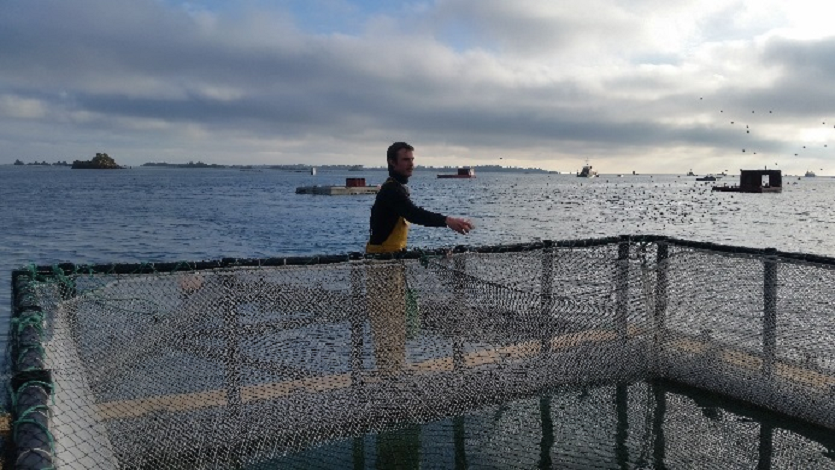 Sea trout producer Symbiomer (Perros Guirec) is the only company to have been granted a maritime farming licence in France since 1996. Based off the coast of Bréhat island over 3 hectares, the company feeds its trout with algae extracts that is harvested and grown around cages and that absorb waste from the farm. According to manager A. Bouvet, this solution reduces the use of antibiotics.

Also, the technology implemented for its marine cages has been patented: anchored to the ground with one single mooring, they can rotate around themselves with the current.

In 2018, 5 tonnes of organic rainbow trout will be produced and sold.