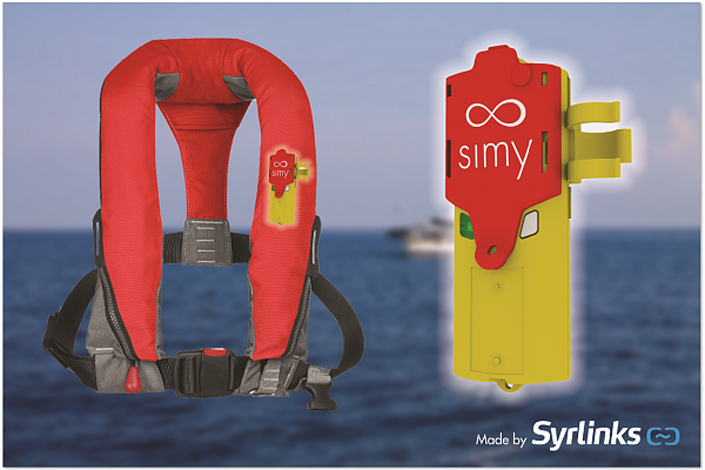 Syrlinks (Cesson-Sévigné, 54 employees) has become known to the general public thanks to the Philae robot – Rosetta mission – as the company designed and built the radio communication equipment used by the probe to maintain contact with Earth. This start-up specialises in radio communication mainly for space and is developing mini-satellites for this sector. Its French customers alone are Thalès, Airbus, the National Centre for Spatial Studies (CNES) and DGAMI in Bruz.

The company has also designed, for the general public this time, a Swiss watch fitted with a distress beacon (Breitling Emergency 2).

The fledgling company applies the outcome of its innovations based on these cutting-edge technologies for operation in a hostile environment to other sectors such as water sports. It has just developed a communicating life jacket for sailing. The jacket has a 24 hour power reserve and is operated by a built-in miniature box and sensors which transmit a distress signal as soon as there is a man overboard. His exact position is transmitted to ships in the vicinity or via relay beacons. This totally new application is for the moment limited to maritime areas located at less than ten miles from the coast which is where most skippers of amateur yachts spend their time. The life jacket should go into production shortly at Plastimo (Lorient, 56), a manufacturer of jackets and chandlery, which was involved in the research project.