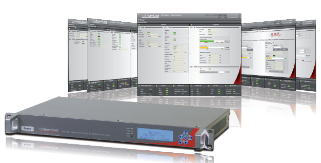 Innovative and specialising in technologies of satellite or digital terrestrial broadcasting, TeamCast (Saint-Grégoire, 50 employees) has acquired a global reputation and exports 80% of its business. In partnership with One Media (USA), a subsidiary of the Sinclair Broadcast group, it is testing the standard ATSC 3.0 in the American regions of Washington and Baltimore. This is a world first via the first implementation of a TNT iso-frequency network which is scheduled to replace the first-generation standard deployed in the USA and South Korea since 1998.

The operation and efficiency of this new device have been validated and this contribution by TeamCast confirms its commitment to developing future television standards and its expertise in digital terrestrial technologies using OFDM multi-carrier modulations developed 20 years ago in Europe, mainly in Bretagne.

It also unveiled its latest innovation in early March at the Satellite 2016 fair in Washington D.C.: the CID receiver, which verifies the security of the satellite link, according to new standards which will soon be mandatory worldwide and in the USA this year. It is therefore a pioneering product which is highly anticipated by the global satellite community!