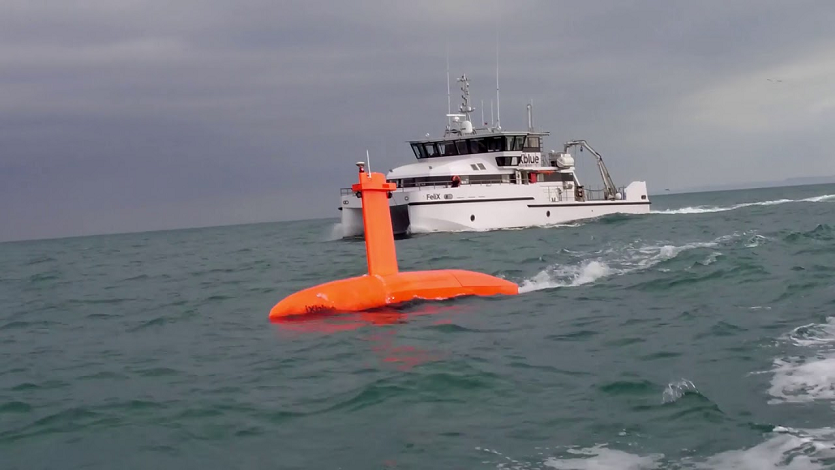 Ixblue designs its own fibre optics in Lannion that form part of its navigation and positioning systems and which have propelled the company into becoming a world leader in its sector. Its inertial navigation technology is an unparalleled alternative to the GPS that have no range under water and can be scrambled and pirated.

Based on acceleration and rotation sensors, the Ixblue technology is capable of measuring the movement of a ‘plane, merchant navy vessel, missile or submarine and even a satellite and of localising them with extreme accuracy: “It is like targeting a window in Manhattan from our office in Lannion”, explains Thomas Loret, in charge of navigation systems. Autonomous and reliable under any test, its inertial units comes in cases of varying sizes crammed with technologies and cost between €60 and €250,000 depending on the model. These units have been proven in hostile environments, as these places are outside GPS radar screens and other white areas. And they are proving invaluable in taking up a position in the middle of a desert or 2000 metres down in the ocean depths. Very discretely. “Only three or four companies in the world have achieved this performance level”, claim Benoît Cadier (site manager) and Thomas Loret.

Armed forces around the world have taken up the Ixblue technology that equips a large part of the international submarine fleet as well as tanks and many other land vehicles. Early in 2018, Ixblue (Brest) won the programme for five future intermediate size frigates against Safran, with the first in the series due to be delivered by Naval Group by end 2023.

Ixblue sets aside 20% of its turnover for R&D to keep well ahead of the competition. The company is also banking on the export market whilst remaining mindful of the local ecosystem full of successful companies like Ekinops and Keopsys, as collaboration projects are born through contact with them.