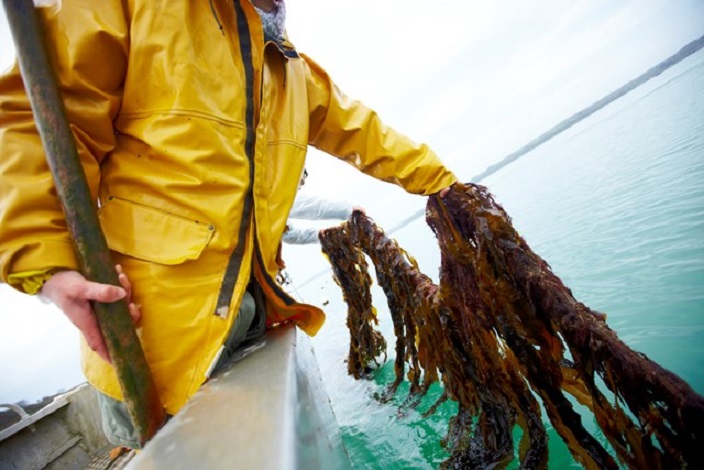 According to a study by CBB Capbiotek (biotechnology transfer centre in Rennes), the Breton cosmetics sector totals 6,000 employees and represents a total turnover of €1.8 billion. It counts among its companies a major player: Yves Rocher represents 85% of production and related jobs in the region. Excluding the group, the Breton cosmetics industry represents a turnover of €400 M and employs 2,600 to 2,700 people in 167 companies. 61% of these companies export, mainly to Europe, North America and Asia, with an average export rate of 40%.

The Breton cosmetics sector is appreciated all over the world, thanks to the regional expertise in marine biotechnologies. Indeed, while green algae are a nuisance for many tourist communities on the Breton coast, other species are a blessing for the cosmetics industry. To develop this expertise, the region relies on 3 marine biology stations and about 40 innovation centres and platforms. A sign of the vitality of marine cosmetics: the biological station of Roscoff is registering an increasing number of requests for research marine algae programmes and contracts coming from the global cosmetic industry.

Today, France is the 2nd largest European algae producer, behind Norway, with 90 kT of macro algae harvested each year in the wild. The majority of French production comes from Bretagne, which has 700 species. In terms of volume, cosmetics use only tiny amounts of algae compared to other markets such as agri-food, animal feed and composting, and only from around fifteen species. Nevertheless, algae harvested in the wild are subject to unpredictable weather conditions and variations in composition. Still in its infancy, algaculture (industrial culture of algae in reservoirs at sea or on land) would nevertheless be necessary to obtain quantitatively and qualitatively controlled constant production.

Many Breton cosmetics stakeholders started as a supplier of marine active ingredients for thalassotherapy centres and spas in the region, before expanding their range and extending their offer to the cosmetics industry. Breton companies are now popular with cosmetics stakeholders all over the world. But off the professional circuit, these are not known to the general public. “But the added value is often created in the brand” says Roland Conanec, director of Capbiotek.

Some of the Breton companies

Bretagne is home to key stakeholders in the cosmetics sector:

Technature, specialist in the treatment of alginate and the production of white label masks; Laboratoires Gilbert, a specialist in the biotechnological exploitation of algae and in marine cosmetics; Lessonia, which works with global cosmetics brands in 75 countries; Bretagne Cosmétique Marins, a major stakeholder in the algae sector, which conducts 75% of its activity in export. Nevertheless, half of cosmetics companies based in Bretagne employ fewer than 10 people and generate around €650 k. They invest 14 to 15% of their turnover in R&D. These small companies include, for example, Formaderm, a specialist in herbal medicine and aromatherapy; Yslab, a specialist in marine biotechnology, which carries out 90% of its activity as export.