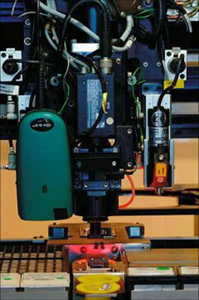 The German group, ZF TRW, announces a €2,5M investment in the site of its Autocruise subsidiary in Brest (seventy people) to develop a new generation car radar and to extend its premises (addition 500 m2). Brest has been the group’s centre of excellence for radar systems since 1999. Nearly one million units should leave the Bretagne factory by 2020 against about 300,000 forecast this year (160,000 in 2015).

Autocruise designs and manufactures radar cruise control and collision warning and prevention systems for car manufacturers. The company already equips many cars in the Volkswagen, Renault-Nissan and PSA-Peugeot Citroën groups along with the Korean Hyundai and the MAN-Scania and Volvo HGV.